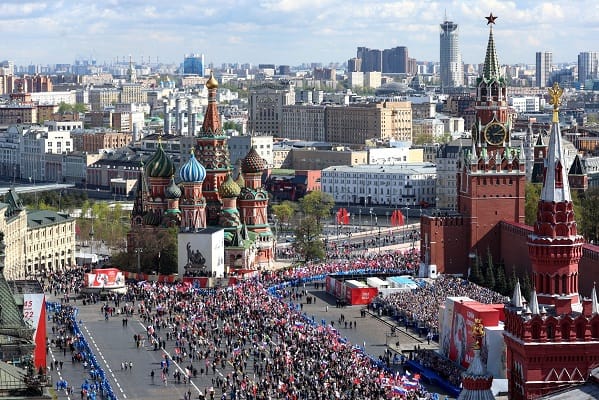 The head of the Russian Orthodox Church has called for Moscow and Kyiv to observe a Christmas truce as Orthodox Christians celebrate on 6 to 7 January.

Patriarch Kirill of Moscow who backs the Russian invasion of Ukraine has appealed to both sides to “cease fire and establish a Christmas truce,” this unlikely to be accepted by Kyiv as Russia continued to bombard Ukraine with cruise missiles over the festive period.

Kirill said, I “appeal to all the parties involved in the internecine conflict to cease fire and establish a Christmas truce from 12.00 on 6 January until midnight on 7 January so that Orthodox people can attend services on Christmas Eve and Christmas Day.”

Russia’s Black Sea fleet launched one of the largest attacks on Ukraine on New Year’s and the skies filled with vapour trails in the Russian city of Astrakhan.

According to reports this was largest barrage of Russian cruise missiles to attack Ukraine since 10 October 2022.

Mykolaiv Governor Vitaly Kim said, “The occupiers have decided to try to spoil the day for us.”

russians released a video with a volley of Kalibr missiles from the Black Sea, which were used to launch missile strikes on Ukraine. pic.twitter.com/WLoLGpTc0X

The sky over the Russian city of Astrakhan on the Black Sea dozens of missiles can be seen on their way to bombard Ukrainian cities.

Roman Motychak the founder of Ukrfinformume warned resident shortly after the attack started on Twitter, “Kyiv, stay the f**k in shelters!!!”

There were multiple reports on social media that many cities across Ukraine were rocked by huge explosions.

Euan MacDonald, a Kyiv-based journalists, wrote on Twitter, “No power in my part of Kyiv, then the air raid alert goes off, and now they say missiles are incoming.

“Air defences said to be working in Kherson, Zhytomyr, Kyiv and Vinnytsia oblasts.”