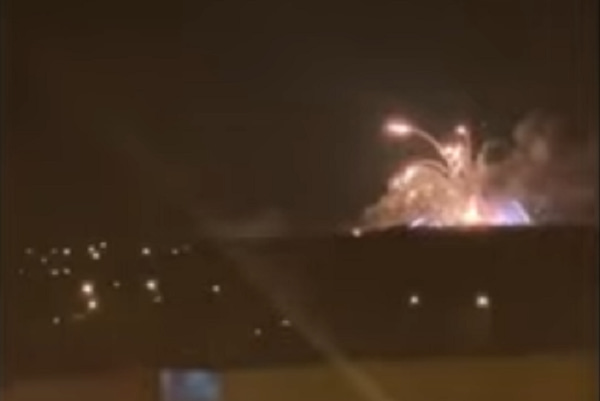 Russia has been rocked by an enormous explosion with many Russian soldiers injured after a “shell hit a military camp in the Belgorod region.”

The explosion was heard outside the Russian city of Belogorod on Tuesday evening and media outlets in Russia reported that four troops were wounded, but they later withdrew the report after they admitted Ukraine had successfully launched their third strike in the country.

Twitter user @JimmySecUK, who ir reporting on the Ukraine invasion, shared a post from the Russia state-owned TASS news agency.

He translated, “Four servicemen were wounded when a shell hit a military camp in the Belgorod region.”

Some 10 minutes later, he posted, “TASS have deleted the tweet above, presumably because admitting to a successful strike on Russian territory is slightly embarrassing.”

He did not give a reason for the blast, and the accuracy or the reports are unknown – but we do know for sure is there was a huge explosion at the Russian military base.

Rob Lee, a PhD student of War Studies at King’s College London suggested the explosion may have been a Russian accident, rather than a Ukrainian attack.

He wrote on Twitter, “This could be sabotage by Ukrainian SSO/SOF [Special Operation Forces], who have allegedly conducted operations in Russia over the past few years.

“But we should also keep in mind that there have been several explosions at Russian ammo depots in recent years due to lax safety standards.”

Lee later shared a social media post by Ukrainian journalist Yury Butusov who claimed it was a strike from a Ukrainian Tochka-U tactical ballistic missile.

He added, “If this is a Ukrainian Tochka-U strike, I believe this would be the third successful strike within Russia.

“The other two occurred on Russian airfields.”