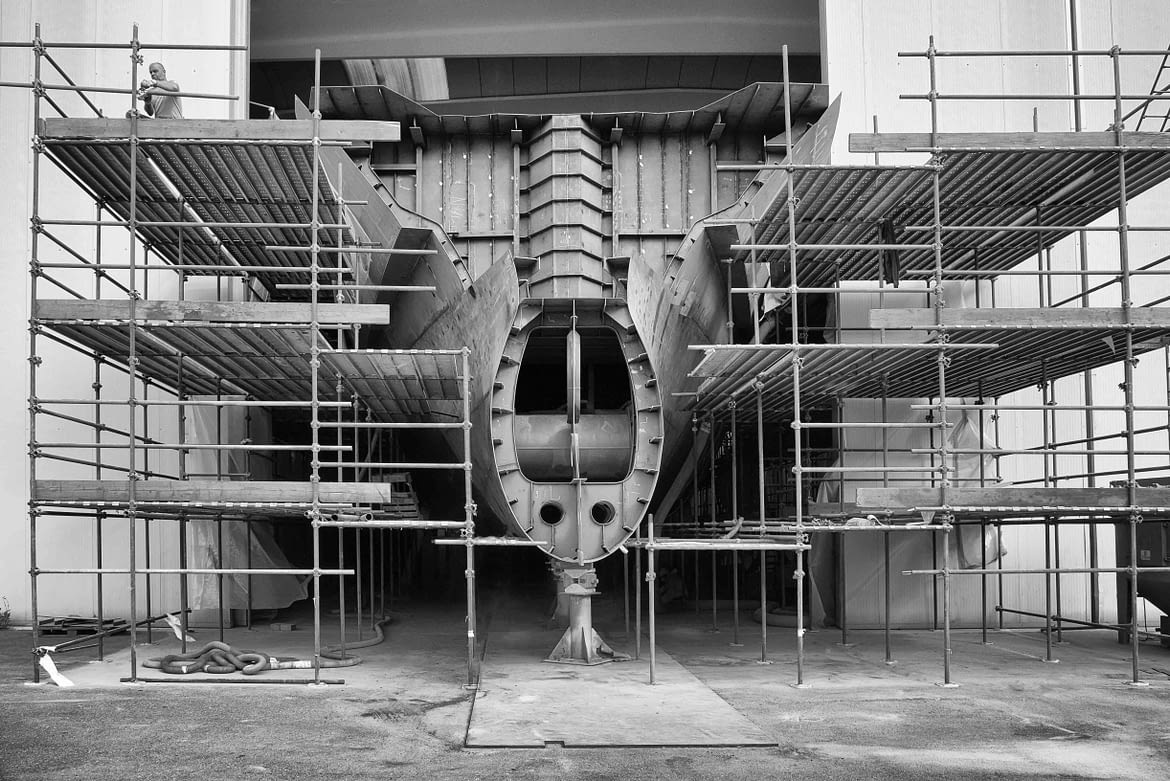 Up from fifth last year, the UK accounts for an impressive 109 new projects currently under construction or on order with an average length of 29m. Overall, the annual barometer that logs the number of yachts over 24 metres either in build or on order waiting to begin construction globally, reveals a confidence and a positive outlook in the superyacht industry, with the most sales recorded since the global financial crisis a decade ago. The 2019 list reflects an increase of 57 projects over the 2018 figures, Placed end-to-end this amounts to an incredible 32.7km of yachts currently being built worldwide (up 3.7 per cent) across a staggering 830 projects underway.

The majority of the countries where large yacht building takes place have more projects under construction, another positive sign for the wider industry, and especially the case for the duo that’s overtaken all other countries in 2019’s Global Order Book: Italy and the Netherlands. Together, these nations have seen a collective 9.5 per cent increase in orders compared with 2017. Italy leads with a staggering 379 projects currently under construction or on order, representing a total length of 13,842m, and a total gross tonnage (the measurement of interior volume) of superyachts at 135,434 – an approximate average of 357GT. Meanwhile, the Netherlands overtakes Germany in gross tonnage, thanks to an uptick in orders of large volume mostly custom projects, with an average gross tonnage for yachts in build sitting at 1,302GT across 75 projects and a total length of 4,667m.

Once again, Italian builders Azimut-Benetti, Ferretti Group and Sanlorenzo fill the top three positions in the same order as last year for the busiest builders by total length of projects. All three revealed an increase in production in the last 12 months, in terms of number of hulls in build or on order and their combined length. For Azimut-Benetti, the acceleration is most pronounced, with 97 hulls in development (up from 77), where for Ferretti Group, on-going success lies with an uplift in orders from 87 to 91 year-on-year. Sanlorenzo’s performance as a single-brand company continues to impress the industry as the world’s busiest single-brand yard with 77 Sanlorenzos under construction or on order, up from 71.

In terms of rankings among the Top 20 builders, there has been some movement. With Palumbo now counting ISA Yachts and Columbus Yachts within its corporate structure, it joins the list at 14, thanks in part to the success of ISA’s Extra 86, 93 and 126 models. Meanwhile, the UK’s Princess Yachts now ranks in fourth place by total length of vessels under construction, with some of its new models already sold as far out as 2020. Despite building smaller production and semi-custom yachts than other Top 10 contenders, the British yard continues reaping the rewards of refreshing its range, with continued success for models such as the Y85 and X95, and new semi-custom models a continued market trend.

Stewart Campbell, Editor of Boat International, said: “The Global Order Book shows that the market continues its steady march back to pre-2009 highs, with 830 superyachts on order or in-build globally. This year the team at Boat International Media have travelled more than 20,000km, visiting shipyards from Taiwan to Turkey and Italy and the US to verify this year’s results, establishing the Global Order Book as the definitive guide to the state of the superyacht industry. Italy remains by far and away the most prolific builder of superyachts, followed by the Netherlands, with the UK climbing two places this year to third. It’s been a bumper year for Plymouth’s own Princess Yachts, which itself has climbed five places in the builder rankings, from ninth to fourth. The important brokerage market (used superyacht sales) is also growing strongly. From a low of 213 superyacht sales following the GFC in 2009-2010, the 12 months to September 2018 saw 442 sales recorded – comfortably the best 12 months for the brokerage market in a decade.”