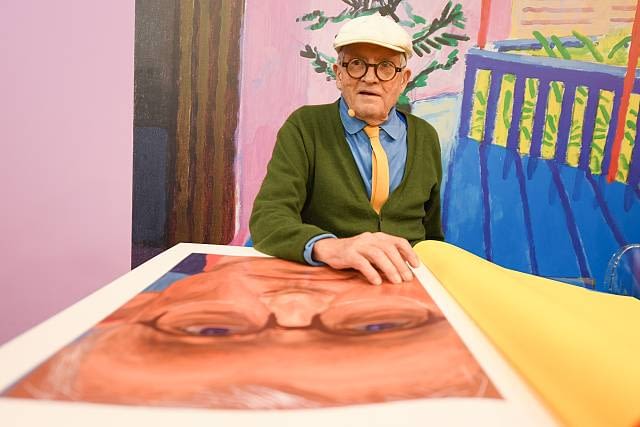 A painting by British-born, Los Angeles–based David Hockney, is expected to sell for a staggering $80m during Christie’s post-war and contemporary art evening sale on Thursday.

Yes, the news is true: we are now offering #DavidHockney’s ‘Portrait of an Artist (Pool with Two Figures)’ without a reserve pic.twitter.com/1QVipzuWuI

Hockney’s ‘Portrait of an Artist’ is a double portrait showing a young man standing on the pool’s edge, looking down at submerged swimmer. The swimmer is reportedly based on Hockney’s former lover, Californian artist Peter Schlesinger, with whom he had broken up a year prior.

If things go to plan, Hockney will be soon upstage artist Jeff Koons, whose “Balloon Dog” sold for a record $58.4m in 2013, and become the most expensive living artist.

Alex Rotter, co-chairman of post-war and contemporary art at Christie’s, called the 1972 painting “one of the great masterpieces of the modern era.”

“David Hockney’s brilliance as an artist is on full display with this monumental canvas, which encapsulates the essence of the idealized poolside landscape, and the tremendous complexity that exists within human relationships,” Rotter said in a statement, adding: “With this painting, Hockney cemented his placement within the realm of history’s most venerated artists.”

All about Banksy’s latest graffiti in Port Talbot