CLICK HERE TO WATCH THE FULL VIDEO
Home Business NewsBusiness Trump has landed, says he is ‘fine’ with protests on UK trip 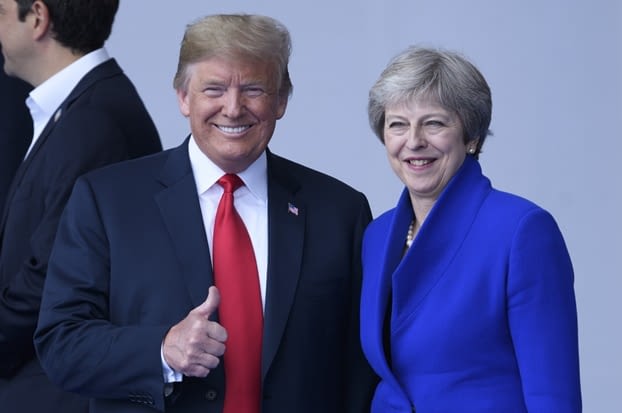 Trump has landed, says he is ‘fine’ with protests on UK trip

Donald Trump has landed in Britain for a two-day working visit and has already brushed off mass protests by saying he is “fine” with any demonstrations being staged during his UK visit.

Trump and his wife Melania landed at Stansted on Air Force One at 13:50 BST. The US president was greeted at the airport by Liam Fox, the international trade secretary, before a helicopter took them to the US ambassador’s residence in London.

Earlier today, Trump spoke to reporters at the NATO summit in Brussels and talked about the expected protests in the UK: “I think its fine. I like a lot of people in the U.K. I think they agree with me on immigration…You see what’s going on throughout the world with immigration… I think that’s why Brexit happened.”

“I’m going to a pretty hotspot right now, with a lot of resignations,” he added.