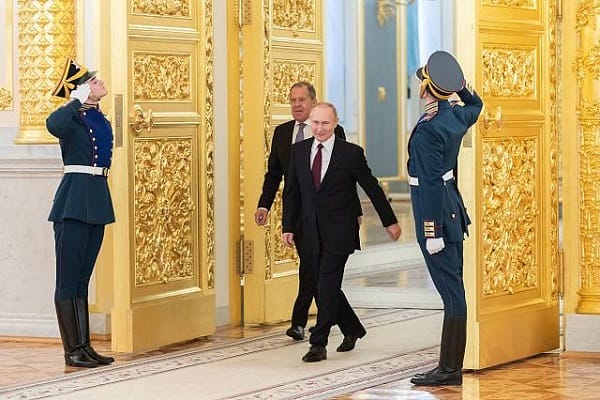 Scientists at the leading Cold War bio lab are aiming to have two vaccines for the deadly coronavirus ready for production by June.

The Russian scientists are testing on ferrets and lower primates. Russia has reported just 253 cases and samples from all coronavirus cases are being analysed at the Vector State Research Centre of Virology and Biotechnology near Novosibirsk in Siberia.

The deputy head scientist at Vector, Yelena Gavrilova said, “Immediately after we got our hands on the living virus, we conducted studies on getting sensitive lab models, which turned out to be ferrets and lower primates.

“Now that we have vaccine prototypes, we test them on the lab animals.”

She added, “We have both vaccines based on known recombinant viruses and synthetic vaccine, developed on six separate technological platforms.”

The Vector research centre was set up in 1973 by the former USSR President, Leonid Brezhnev and was involved in efforts to find vaccines and cures for Ebola, anthrax the bubonic plague, SARS and cancer.

A scientist told how a sick bat attacked the researchers and bled on them and urinated on another, they were then forced to quarantine themselves for 14 days.

“Our proposal provided an alternative origin of the coronavirus in addition to natural recombination and intermediate host.”

The report clearly contests the Chinese authorities’ official findings that the virus jumped from bats to humans at the Wuhan wet market.

Professor Fang said China’s track record with safety standards and laboratory management has been questioned in the past.

The Professor claims it was very possible that the Wuhan Chinese scientists created the deadly virus by simply adding four amino acids to an existing bat virus, which therefore makes it much easier to transmit to people.

Professor Fang added, “The mutations found in the novel coronavirus are unusual in an academic sense.

“It is indeed possible that it is a man-made product.