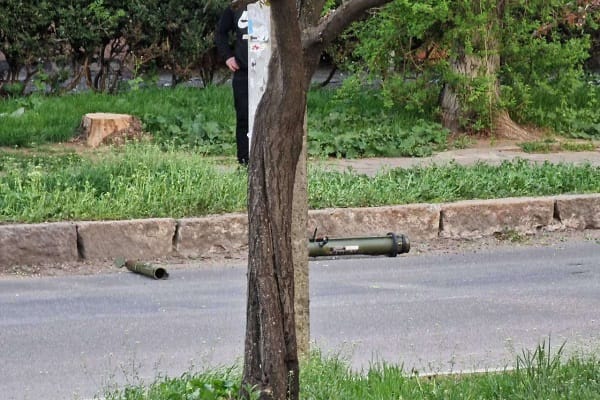 Moldova fear that they will be pulled into Vladimir Putin’s war in Ukraine following explosions in the country for the third day running.

The Ukraine’s Deputy Defence Minister has warned that Russia will use the breakaway region of Transnistria to launch attacks on both Moldova and Ukraine.

A US think tank the Institute for the Study of War has said the attacks are “false-flags” operations by Russia inside the breakaway region of Transnistria.

Foreign Minister Annalena Baerbock warned the situation in Moldova is “extremely critical” and said it remains unclear who it actually behind the attacks.

Earlier on Wednesday shots were fired at a village which houses a Russian arms depot, the interior ministry of Transnistria said.

The mass exodus occurring in Transnistria has created an astronomically long traffic jam into Moldova. pic.twitter.com/PlfFTQwipR

Moldova’s President, Maia Sandu warned that the incidents are “creating risks” for her country and said that in recent weeks there has been an “escalation of tensions.”

Sandu said, “We condemn any provocations or attempts to involve Moldova in actions that could threaten the country’s peace.”

The interior ministry of separatist Transnistria said on their website, “Last night, several drones were noticed in the sky over the village of Kolbasna.

Moldova is stepping up its security after a series of explosions in the breakaway region of Transnistria, which borders Ukraine and is run by Russian-backed separatists since 1990pic.twitter.com/wdMeLERgBK

“The drones were launched onto the territory of Transnistria from Ukraine.”

Kolbasna is just over a mile from the Ukraine border and houses around 20,000 tonnes of munitions which dates back to the old Soviet days.