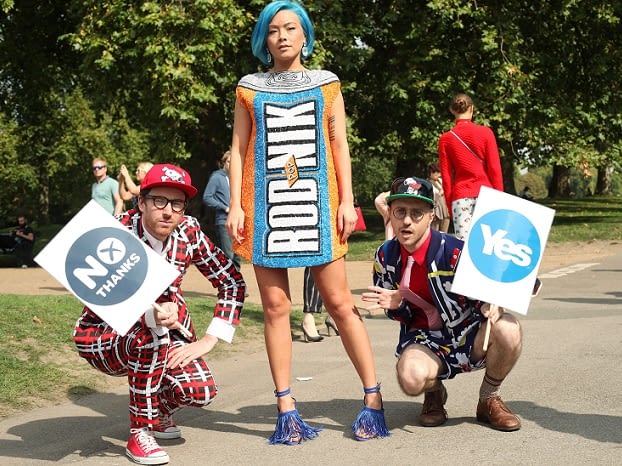 #ScotlandDecides – Voting begins with 97% of electorate registered to vote

The Scottish people decide their future today in the historical Scottish referendum.

The result of the Scottish referendum is expected early morning on Friday (tomorrow), probably between 6:30am and 7:30am.

We could get early indicators from running totals as early as 3am on Friday morning.

There are more than 2,600 polling stations across Scotland, based in town halls, schools, sports centres and other community centres.

Votes will be counted in Scotland’s 32 authority areas, then the total declared from Edinburgh.

MORE NEWS ON THE SCOTTISH REFERENDUM

A whopping £100bn – that’s how much money an independent Scotland would need to escape a recession.

It’s nearly here! As the countdown to the Scottish independence referendum ticks ever closer to the exciting bit, we take a look at the frantic news reports from across the UK.

A teary-eyed David Cameron begged Scots to vote no for independence  in the referendum vote last week.