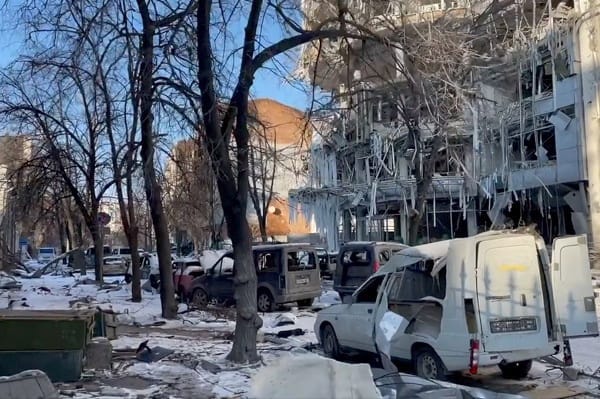 Patients and staff need an immediate evacuation after Russian forces attack a hospital in the district hospital in Balakliya, Kharkiv and partially destroy the building.

“The building was partially damaged. Patients and staff need immediate evacuation, these are about 70 patients and medical personnel.”

“We are doing everything to do this and save people,” Synehubov wrote in his telegram channel.

He said that this is another war crime against civilians in Kharkiv region and a provocation by Russian forces.

“Balakliya is a temporarily occupied territory of Kharkiv region, where the mayor [Ivan Stolbovy] resorted to cooperation with the invaders.

“The shelling of the civilian population by Russia is an attempt of invaders to accuse the Armed Forces of Ukraine of attacking civilians, this is another lie of Russian propaganda and military provocation,” Synehubov added.