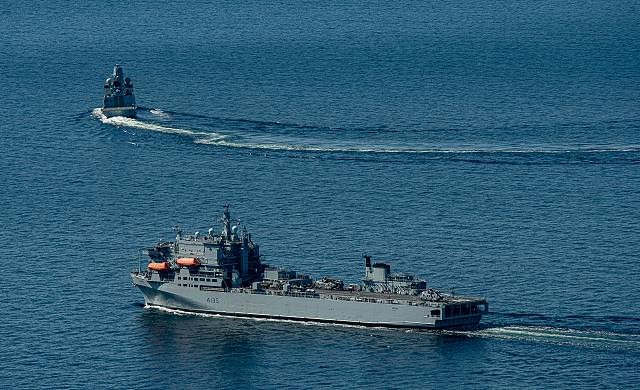 George Eustice the government’s fishing minister has given a warning to the European Union, the Royal Navy will be sent out to protect UK waters from EU fishing trawlers.

The Home Office are to provide four vessels and the Royal Navy will provide three more vessels to protect our waters, Eustice said.

Fears are growing of a French blockade as on Monday Emmanuel Macron the French president declared war over fisheries. He warned, French fishermen will block all cross-Channel ports if the British government does not agree a fishing trade deal with the EU.

Amélie de Montchalin, the French Europe minister warned last week if there is no fishing deal with the EU negotiations, then fishing will become a “very nasty battle” which may collapse the whole trade deal.

A House of Lords enquiry was told, a new control centre is to open with 50 extra fishery protection officers have been recruited.

The director of marine and fisheries, at the department of the environment, food and rural affairs (Defra), Neil Hornby said, Border Force vessels will be brought in also, if necessary.

There will also be aerial surveillance along with a Royal Navy and Border Force vessels presence in UK waters.

Eustice said, “We have significantly increased our enforcement capability.

“We think that is sufficient.”

Eustice added, “We would automatically take back control of our exclusive economic zone and there would be an obligation on both us and the European Union to work towards a sensible annual negotiation at the end of this year.”

This week Danish fishermen have voiced strong fears over the UK taking back control of British fishing territory, as Brexit negotiations are now under way.