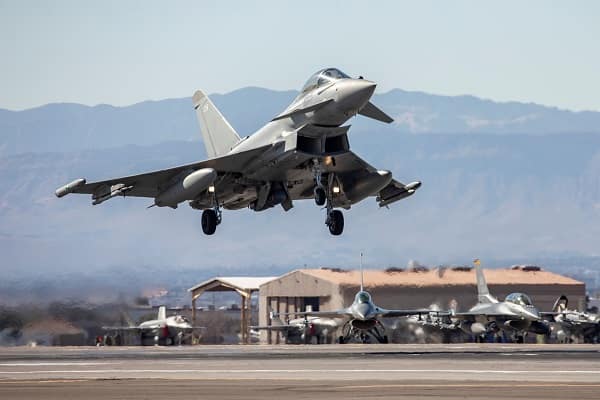 The Ministry of Defence (MoD) have confirmed that “at least three” “Russian bombers” are heading to the UK.

The RAF have scrambled Typhoon fighter jets as the Russian bombers are approaching the UK’s area of interest.

Typhoons from RAF Lossiemouth in Moray and a Voyager fuel tanker from RAF Brize Norton in Oxfordshire were scrambled.

An RAF spokesman confirmed that “unidentified aircraft” are in transit in international airspace within close proximity to the UK.

The spokesman said, “Quick reaction alert Typhoon fighters from RAF Lossiemouth, supported by a Voyager Tanker from RAF Brize Norton, have been launched against unidentified aircraft approaching the UK area of interest.

“We will not be offering any additional detail on this ongoing operation until complete.”

The scrambling of RAF jets is a common practice and they are ready to intercept any aircraft which is not recognised and the quick reaction alert (QRA) has been around since the Cold War.