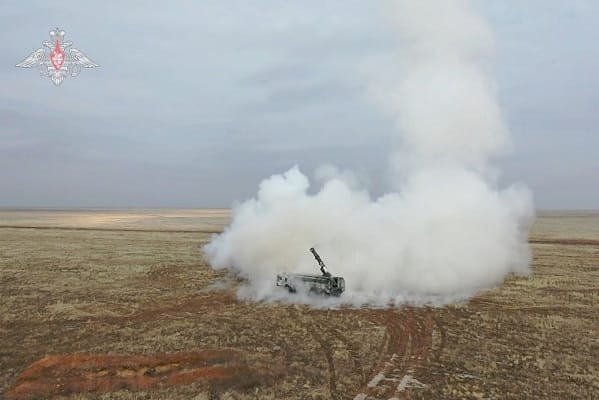 Vladimir Putin has retaliated against Finland after they have announced their intention to join NATO as nuclear capable missiles are moving to the Finnish border.

On Monday a convoy of mobile Iskander missiles was seen driving on a motorway to Vyborg which is a Western Russian town 24 miles from the Finnish border. Vyborg is a 135 miles from Helsinki which is well within missile range.

Moscow had previously warned that if Sweden and Finland set up military bases then nuclear weapons will be sent to the European borders.

Russian state television warned, “When NATO bases appear in Sweden and Finland, Russia will have no choice but to neutralise the imbalance and new threat by deploying tactical nuclear weapons.”

In a video uploaded to the VHCK-OGPU channel a voice can be heard saying, “As soon as the president of Finland said they were joining NATO, a whole division of Iskanders, seven of them… is moving towards Vyborg.

“Looks like a new military unit is about to be formed in Vyborg or the region.

“All the equipment is new, Ural trucks are driving it.

Finnish President Sauli Niinistö said, “A new era is opening. A protected Finland is being born as part of a stable, strong and responsible Nordic region.

“We gain security, and we also share it. It’s good to keep in mind that security isn’t a zero-sum game.”