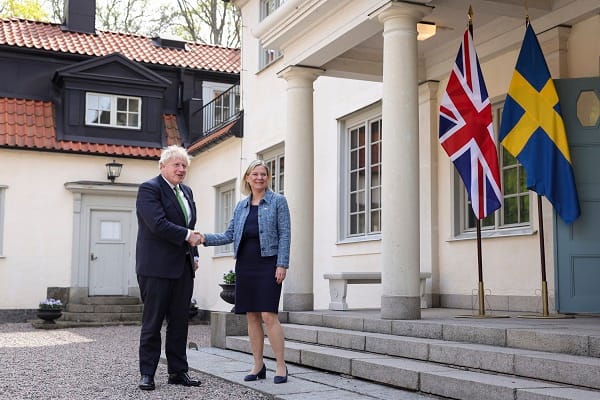 Sweden has now followed Finland as they have officially confirmed that they are to join NATO and acknowledged the potential risks from Russia.

Sweden’s Prime Minister Magdalena Andersson admitted there are potential risks for her country by joining NATO and said it is “up to Russia and president Putin” if they want to retaliate.

In a news conference she said on Sunday evening, “The decision we have taken as a party is what we think is best for Sweden and for Sweden’s security.

“It’s not something against Russia, but it is what we think is best for us.

“What kind of retaliation will there be? That’s up to Russia and president Putin.

“But we think there could be the possibility of cyber attacks or hybrid attacks and other measures.

Andersson added, “If we and Finland apply for membership then of course there will be a dialogue with all member countries of NATO on different levels.

“I look forward to having a close dialogue with all NATO member countries, including Turkey.”

The Turkish President Recep Tayyip Erdoğan said on Friday that he does not take a “positive view” of the expansion of NATO despite Turkey being a member of the Alliance.