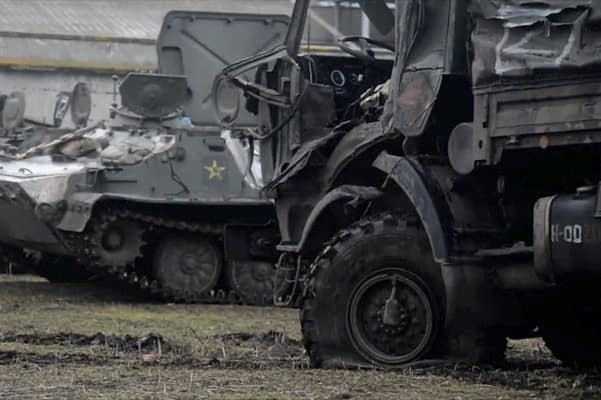 Vladimir Putin has “massively misjudged the situation” the situation in Ukraine as his military and spy chiefs are to “afraid to tell him the truth” Sir Jeremy Fleming who heads up the UK’s spy agency, GCHQ.

Sir Jeremy said in a rare speech that the errors Russian military chiefs and troops on the ground must now be “crystal clear to the regime” which will enrage Putin.

The director of the UK’s intelligence, cyber and security agency said that Russian troops are “refusing orders” and are “shooting down their own planes” and are sabotaging their own equipment.

The White House, has also said “Putin is being misinformed by his advisors,” whilst a senior EU diplomat added, “That’s the problem with surrounding yourself with ‘yes men’ or only sitting with them at the end of a very long table.”

“He underestimated the strength of the coalition his actions would galvanise. He under-played the economic consequences of the sanctions regime. He over-estimated the abilities of his military to secure a rapid victory.

“We’ve seen Russian soldiers – short of weapons and morale – refusing to carry out orders, sabotaging their own equipment and even accidentally shooting down their own aircraft.

“And even though we believe Putin’s advisers are afraid to tell him the truth, what’s going on and the extent of these misjudgements must be crystal clear to the regime.”

He added, “It’s become his personal war, with the cost being paid by innocent people in Ukraine and increasingly, by ordinary Russians too.”