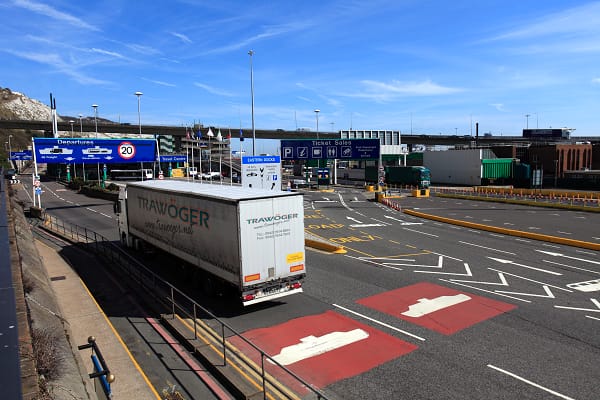 Flanders Investment & Trade, the official government body for the Flanders region, has revealed that queries about post-Brexit customs formalities and UK export and import formalities are still the top three topics of enquiries they’ve received from businesses to date in 2022.

The UK government recently announced another delay to post-Brexit checks on EU food imports, with the new customs measures now set to be introduced at the end of 2023.

Astrid Geeraerts, Head of Investment at Flanders Investment & Trade (FIT) said, “While many businesses on both sides of the Channel are now recovering from the initial impact of Brexit, there is still widespread confusion about post-Brexit customs regulations that are continuing to cause a headache for exporters and importers alike.

“Flanders Investment and Trade welcomes the UK government’s move to delay the planned additional customs measures that were due to come into effect from 1st July.  With the crisis in Ukraine and the ongoing impact of the pandemic on the global economy, a flexible approach is needed to ensure businesses in the UK and the EU can trade without further customs confusion to navigate.”

Flanders Investment & Trade has been actively supporting UK businesses navigate the many challenges that Brexit has presented to exporters to the EU over the past two years. Support is free of charge and includes webinars and online resources, as well as access to its experts who can introduce businesses to relevant banks, potential business partners and assist with legal questions.

Flanders represents a financially attractive single access route to exporting to the EU, thanks to the region’s affordable real estate prices, absence of business rates, fast setup, excellent transport connections and its variety of grants and subsidies.

In January 2022, Flanders announced record levels of investment from UK companies in the region. There has been a 63.33% increase in British companies investing in Flanders in 2021 vs 2020, the fourth consecutive annual increase. Many UK businesses have chosen to set up a base in the region as a strategic single-entry point to export to other EU countries, due to Flanders’ excellent transport connections and location in the heart of Europe’s commercial and industrial centres.

Flanders outperformed the average for global EU exports (+18.93%) in 2021, exporting €380.5 billion worth of goods globally in 2021. This showcases Flanders as a powerhouse for trade and highlights the onward international export opportunities Flanders presents as a trading partner for UK businesses.

Dirk Verlee, Economic and Commercial Counsellor at Flanders Investment & Trade (FIT) added, “We’re proud that so many UK businesses are successfully exporting to customers in Flanders and Europe following Brexit. By supporting UK businesses in entering the EU via Flanders, we are not only supporting the local economy in Flanders, but we’re also helping connect UK businesses with expansion opportunities in the EU and around the world.”

This week (9-12 May) sees HRH Princess Astrid and a ministerial delegation lead the Belgian Economic Mission to the United Kingdom. With more than 400 participants, 214 companies and organisations and four days of activities, the mission will be one of the largest ever organised by Belgium and is a demonstration of the continued commitment to trade relations between the two countries.