Home Brexit PM heads back to Brussels over Brexit backstop 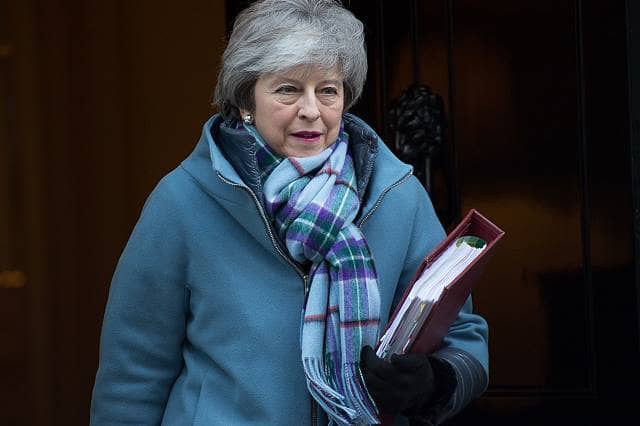 PM heads back to Brussels over Brexit backstop

Theresa May the British prime minister heads to Brussels Thursday for crunch talks saying that the UK must not be “trapped” in a backstop deal.

Labour leader Jeremy Corbyn wrote to May setting out “five demands for a sensible agreement” on how to break the Brexit deadlock.

Last week Theresa May and I met to discuss how the Brexit deadlock can be broken after her botched deal was rejected by MPs.

Today I have written to outline Labour's five demands for a sensible agreement that can win the support of parliament and bring the country together. pic.twitter.com/8Kw8gE054U

May will meet with European Commission president Jean-Claude Juncker and Donald Tusk to discuss binding guarantees on the Northern Ireland backstop.

Downing Street said that May is “open to different ways” of achieving her objectives over the backstop argument.

May is tell EU leaders that the Commons will support the withdrawal agreement, as long as concerns over the Irish backstop are addressed.