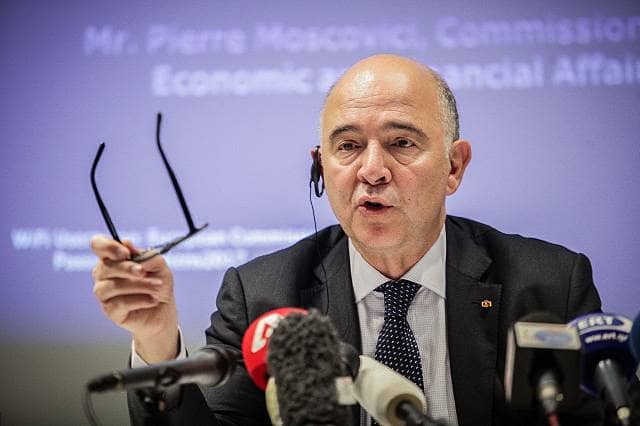 Pierre Moscovici is optimistic UK will leave EU with a deal

Pierre Moscovici the European Tax Commissioner is certain that the UK will not crash out of the EU on 12 April, he said on Monday.

However, Theresa May is yet to persuade Labour leader Jeremy Corbyn to accept a deal to break the Brexit deadlock.

Over the weekend Labour has said the Conservative government has to be more flexible, as talks with Corbyn are on the brink of collapse. Corbyn has accused May of refusing to change her deal.

Philip Hammond said on Saturday, that he is optimistic the government will reach a deal with Labour, to break the deadlock.

Furthermore, May has to convince EU leaders that a delay with Article 50 will be helpful.

Moscovici told Franceinfo radio in an interview, “The British parliament doesn’t want no-deal. We don’t want it, it’s the worst outcome for the economy.”

He added, “Of course, we’re ready for it if it happens.”