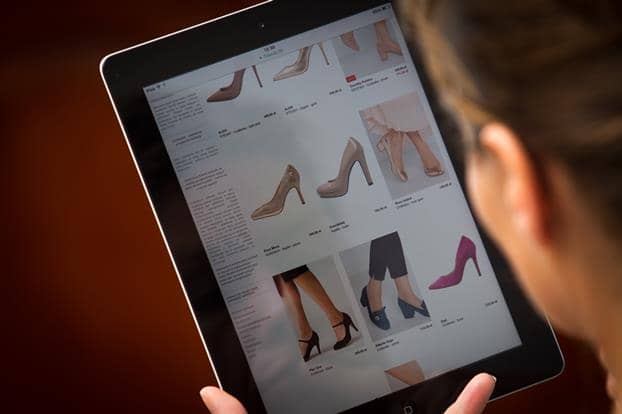 The capital’s shoppers are spending more of their hard-earnt cash online than ever before, according to a new report released today by Barclays. The city achieved the greatest growth of online sales (14.6 per cent) for fashion and accessories over a two-year period, compared to any other UK region.

In contrast, sales of clothes and accessories on London’s high street have declined more than anywhere else in the UK, registering a 4.4 per cent drop in purchases made in-store over the same period. The findings have been published by the bank’s Markets and Customer Insights service, following extensive analysis of aggregate spending data from more than 8 million UK customers. Results are despite a record-breaking year for tourism in 2017, and London claiming over half (51 per cent) of the UK’s 39.2 million visitors.

After London, the next best performing areas for online sales were the East Midlands and the East of England, both at 11.3 per cent growth. The average rise in online sales growth across the UK stood at 11.9 per cent, though Londoners dominate the UK’s online fashion sales, with over one in five (23 per cent) of total sales made in the city.

At a regional level in the capital, Outer London (West & North West) experienced the greatest increase in online purchases at 15.6 per cent, followed by Inner London (West) at 14.9 per cent. In order of online sales increase, the London regions were ranked:

The steady fall of in-store purchases in the capital suggests that a wide choice of pick-up locations, click and collect stores and the prevalence of online delivery is making it a particularly convenient location for online shopping. Barclays is today making its Market and Customer Insights service available to all fashion retailers, giving businesses access to intelligent analysis on possible future retail locations, to help managers maintain profitable stores.

Raj Pattni, Head of Insights Platform at Barclays, said: “Knowing the local retail environment inside-out is clearly critical when making decisions about where to open the next store. Our Market and Customer Insights service can help retailers to identify locations that have the most potential for growth down to post codes, while comparing existing store performance against area trends.”

“The traditional brick and mortar stores need to use their physical presence to differentiate themselves from the competition and offer unique, personalised experiences or faster convenience.

Even with today’s digitally-savvy consumer, a physical shop offers something a website cannot. When a store is strategically placed on the high street it can increase a brand’s visibility with the target audience and deliver customer experience only possible from a face-to-face transaction.”

Pets at Home shows resilience while utilities stocks bounce back