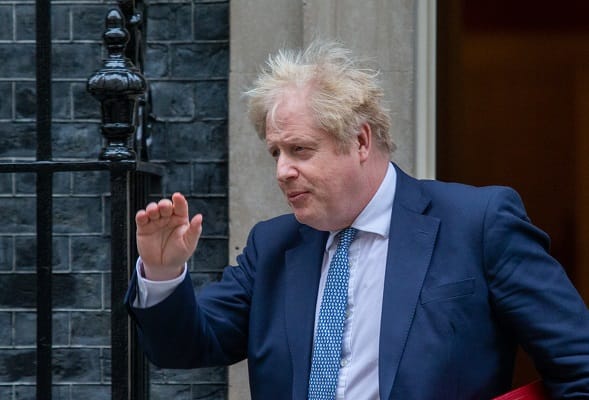 The Prime Minister’s future is hanging by a thread as he fights to stay in Downing Street after surviving a night of political turmoil.

Nadim Zahawi has now been appointed as the new Chancellor and Steve Barclay is the new Health Secretary.

Lord Heseltine who was instrumental in ousting Margret Thatcher in 1990 has sent Boris Johnson a message, he said “It was only a matter of time before the boil was lanced.”

Speaking to Sky News the former prominent Cabinet member and Tory peer said, “I think it’s part of a process that had become inevitable since the 148 backbenchers voted against the prime minister and Michael Howard and William Hague, as former leaders of the Conservative Party, said he had to go.

“It was only a matter of time before the boil was lanced, and that’s what has now happened.”

Lord Heseltine was asked what his message would he give to Johnson he said, “He knows what I would say to him. ‘Boris, I like you. You’re a rogue.

“You have no sense of integrity. When took over my constituency, we had a good personal relationship.

“Your fundamental weakness is you have absolutely no sense of truth or integrity. And your career, since you became leader of the party, has been one serious disaster after another. The biggest of them all being Brexit.

“And the one characteristic they all had in common is that you don’t know the difference between truth and non truth.

“You use the truth when it’s convenient.

“You disregard it when it’s not. And the consequence is now we have the most serious economic crisis, we have a major threat to the United Kingdom and you have trounced Britain’s reputation across the world.”