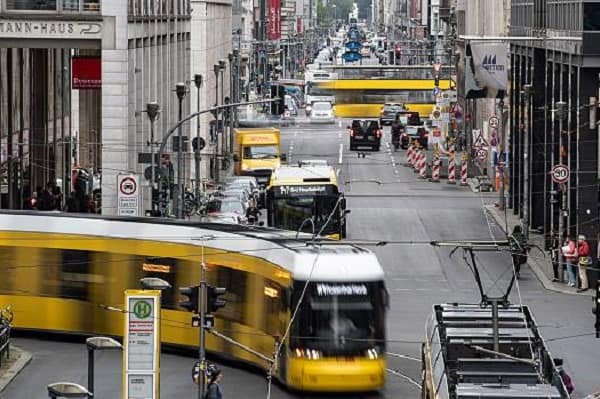 Top German doctors have confirmed that a “second wave” has hit the country as there has been 891 cases reported in just 24-hours, which has not been seen since May.

The head of Germany’s Marburger Bund association and chairwoman Susanne Johna told the Augsburger Allgemeine newspaper, “We are already in a second wave of rising infections.”

She said that the second wave in infections is not comparable to the intensity they saw during the first wave which struck in March.

But she warned that Germany will “gamble away the successes we have achieved so far,” as people want to return back to normal life.

Johna warned of the dangers the country will face as, “we all long for normality. But we are in a state that is not normal,” as there is no vaccine or medication which can treat coronavirus.

Lothar Wieler, head of the Robert Koch Institute, the country’s public health agency warned last week that they are “very concerned” over the number of rising infections.

Wieler warned, “We are in the middle of a rapidly developing pandemic,” and that people had become negligent over wearing face coverings and applying social distancing measures.

German doctors are fearful there will be a spike in case over the weekend afte20,000 protestors took to the streets in Berlin demonstrating against the government’s restrictions.

Angela Merkel hit out at the protestors on Monday over their “unacceptable violations of the coronavirus restrictions.”

The German Chancellor said that those protestors who refused to respect the strict rules “exploited their right to demonstrate.”