Home Business News From couriers to carers: Delivery drivers are now at the heart of the community 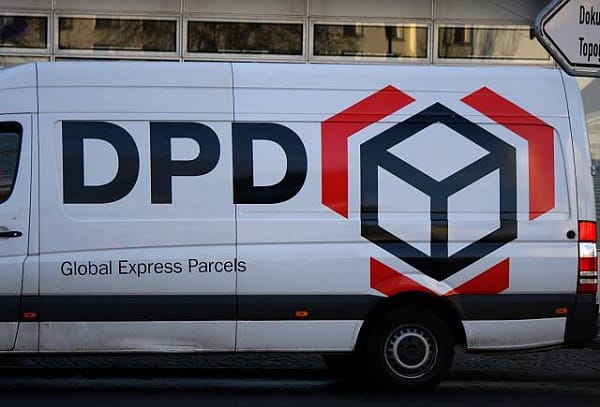 From couriers to carers: Delivery drivers are now at the heart of the community

The home delivery specialist ParcelHero says new schemes being introduced by parcel companies and retailers mean couriers are being transformed into carers, as drivers become the heart of many local communities.

ParcelHero’s Head of Consumer Research, David Jinks M.I.L.T., says that couriers are becoming companions, mobile pharmacists and breakfast servers, as their role transforms during the pandemic.

‘With the boom in demand for home deliveries, we thought drivers would scarcely have time for a “hello”. Instead, Co-op drivers now wear “I’ve got time to chat” badges and Asda’s delivery workers sport “Happy to chat” badges.

‘It’s a move that highlights the increasingly important role drivers have in the community. Asda has worked with the Royal Voluntary Service on its scheme to tackle social isolation. The grocery retailer found that almost a quarter (23%) of its home delivery customers are interacting with people – mostly delivery drivers – once a week. One in four of those customers said they were glad just to have someone to talk to.

‘It’s not only by “chatting” that couriers are helping in the community. Amazon Logistics drivers worked with the charity Magic Breakfast to deliver free breakfasts to millions of families around the UK while schools were closed. A team from its fulfillment centre in Milton Keynes packed breakfast parcels before they were shipped through Amazon Logistics to the homes of children across the UK.

‘Some drivers have become so central to local communities that one international courier company recently received a petition signed by hundreds of residents saddened to learn their favourite driver had been reassigned to another route.

‘UK delivery drivers and posties are not the only ones who play vital roles. In France, La Poste’s new “Veiller sur mes parents” (“Watch over my parents”) service reassures users that their elderly parents or relatives are in good health. It can be used by people in the UK – or anywhere – who have an elderly relative living in France.

‘The drivers drop by to have a chat while on their daily rounds. They even have a list of questions such as “Are you well?”, “Do you need any shopping?” and “Do you need a doctor?”. Once the postie has the answers, the replies are sent to the concerned relative via an app. Potentially, it’s a service we could see here in the UK soon.

‘Many couriers have also become involved in delivering medicines during lockdown. The Pandemic Delivery Service is currently ensuring that medicines are delivered to all vulnerable shielded patients living in England. If patients are unable to arrange for medicines to be collected from their pharmacy by somebody else, then the drugs must be delivered to them. Many pharmacies have been able to safely outsource these deliveries to courier companies under the scheme. This has proved a popular option.

‘Linking them even more directly to the fight against Covid, couriers are delivering tests and are now transporting vaccines as well. Though full details are not being publicised for security reasons, many of the major couriers have a role to play in vaccine distribution. After vaccine batches are tested by the Medicines and Healthcare products Regulatory Agency (MHRA), they are taken from central storage hubs to vaccination sites by couriers. Of course, only a small number of companies can handle the Pfizer-BioNTech vaccine, as it requires cold storage at around −80°C.

‘Nearly a year ago, when delivery drivers were included in the Government’s list of key workers, it was an early indication of the vital role they would go on to play during lockdown. Today, that role has widened in ways that were unimaginable last March.

‘Of course, couriers still have a vital role to play in ensuring that stores – essential or not – deliver goods safely to their customers.