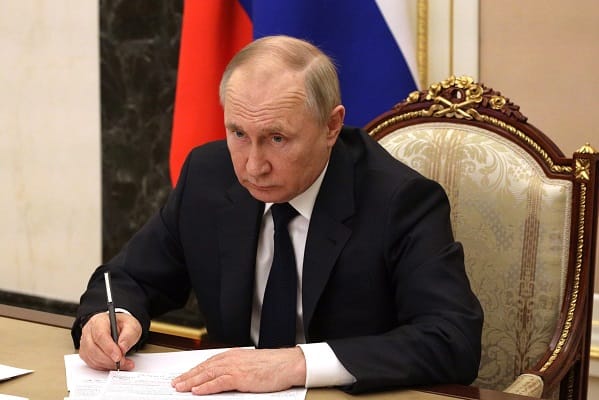 Vladimir Putin has been delivered a very blunt message by a top Kremlin insider Igor Girkin who is also a former Russian spy, that he will be forced to resign if he fails to take Ukraine.

Girkin who is a Russian military commander admitted on live TV that Putin’s was in Ukraine has backfired as Ukrainian forces have been successful with their fierce resistance.

Girkin also known by his military alias Igor Strelkov, played a key role in during the 2014 annexation of Crimea and he then led the separatist armed forces in Donetsk, in eastern Ukraine.

“Nowhere, in any direction, has strategic success been achieved, but only operational successes.

“Moreover, the enemy is relatively successful in mobilising and beginning to counterattack.

“This, of course, Konashenkov never mentions in his reports.”

Major General Igor Konashenkov is the chief spokesman for Russia’s Ministry of Defence who regularly delivers updates of the progress of Russia’s invasion on TV.

Girkin added, “Unfortunately, I can state that my most pessimistic predictions that we will be drawn into a bloody, push and pull, long, exhausting and extremely dangerous war for the Russian Federation, have been fully justified at the moment.”

Last week, Girkin’s adviser, Igor Druz, warned that the Russian President could be forced to resign should he fail to take the whole of the Ukraine.

Druz wrote, “I hope that the Ukrainian tragedy will neither become the tragedy of Russia nor the personal tragedy of Putin.”