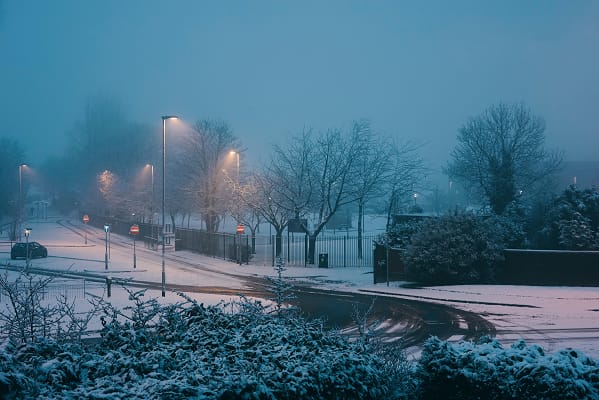 A bitter band of cold weather is to hit the UK with the mercury expected to drop to -6C in some areas.

Forecasters have said there will be snow in some parts of the UK next week “on high ground” later this week.

The Met Office said, the period between 26 November and 5 December 5, “Friday the 26th will likely bring cloud, rain, and strong winds to the northwest extending south to affect many areas through the day, some rain may fall as snow on higher ground in the north.

“Scattered showers likely to follow later. Feeling rather cold, accentuated by strong winds with coastal gales possible in the northwest.

“As the period continues, winds will be typically from the north and northwest allowing cold conditions to persist.

“High pressure is likely to sit to the south or southwest of the UK, so rain and showers are more likely in the north, these could be wintry on high ground and perhaps at lower levels at times.

“Likely drier at times in the south and rather cold at times, with overnight frost likely.”

Snow is predicted to reach 23cm in parts of Scotland later this week, whilst parts of England will see temperatures fall to 14C and London could see the mercury fall to -3C.

The Met Office added that in the period between December 6 to 20,  “A generally northwesterly airflow looks set to continue for much of this period, with the most changeable conditions likely to be in the north of the UK.

“Showers or longer spells of rain and possibly strong winds are likely across the north, become increasingly likely further north, these interspersed with periods of more settled weather.

“In the south high pressure is likely to remain close by, giving a good deal of settled and dry weather.

“Temperatures will be varied overall with longer mild spells being punctuated by shorter colder spells, with some wintry weather also possible with a risk of snow and ice in the north.

“During any clear, calm spells, overnight frost and fog are likely.”