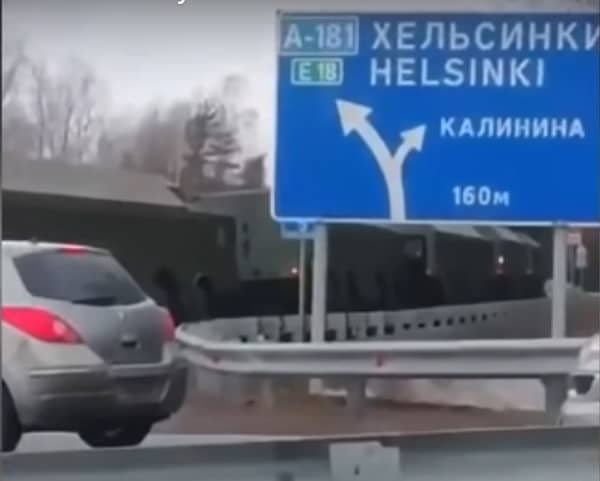 Russia has moved around 3,000 troops to the Finnish border along with military equipment in an attempt to threaten Finland from joining NATO.

Since Vladimir Putin invaded the Ukraine Finland are afraid that he could invade them as the Finns think “that if Putin can slaughter his sisters, brothers and cousins in Ukraine” he can do it to them.

Read more on Russia and Finland:

Finland’s Prime Minister Sanna Marin said that membership for NATO will be discussed in “the coming weeks” and a lot of Finns support joining the Alliance.

Opinion polls in Finland shows that 84% of Finns view Russia as a “significant military threat” since Putin invaded Ukraine on 24 February.

According to the Daily Mail Russia has sent K-300P Bastion-P mobile coastal defence system missiles which are capable of taking out “surface ships up to and including aircraft carrier battle groups.”

Last week Alexander Stubb, the former Prime Minister of Finland warned, “The Finns think that if Putin can slaughter his sisters, brothers and cousins in Ukraine, as he is doing now, then there is nothing stopping him from doing it in Finland.”

“We simply don’t want to be left alone again,”he added, in reference to the Soviet-Finnish Winter War which lasted from November 1939 to March 1940.

NATO Secretary General Jens Stoltenberg previously said, that the alliance has a “good dialogue” with Finland and Sweden, but the decision is ultimately for Finland to decide.

“We respect the sovereignty and the territorial integrity of Finland to decide their own future. That’s exactly what Russia does not respect, they’re actually trying to intimidate and are saying that if Finland decides to join NATO, there will be consequences,” he said.