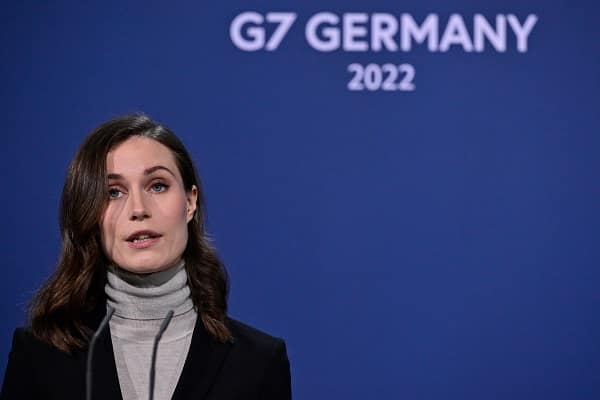 Finland and Sweden could join NATO as soon as this summer and Washington are supporting the move who are expecting Finland’s application in June.

Both Nordic countries including US officials held talks with NATO’s Foreign Minister’s where membership into the Alliance was the “topic of conversation and multiple sessions,” The Times reported.

A senior US official asked, “How can this be anything but a massive strategic blunder for Putin?”

Finland’s Prime Minister Sanna Marin said over the weekend, that Russia is not the neighbour she once thought it was.

“I think we will have very careful discussions, but we are also not taking any more time than we have to in this process, because the situation is, of course, very severe,” she said.

Two weeks ago Magdalena Andersson, the Swedish Prime Minister, said she did “not exclude NATO membership in any way.”

Zakharova said during a news briefing, “Finland and Sweden should not base their security on damaging the security of other countries and their accession to NATO can have detrimental consequences and face some military and political consequences.”

Speaking to Sky News on Friday, Vladimir Putin’s spokesman Dmitry Peskov said, “Everything is about mutual deterring and should one side — and we consider NATO to be one side — be more powerful than the other, especially in terms of nuclear arms, then it will be considered a threat for the whole architecture of security and it will take us to take additional measures.”

If both countries join NATO then Putin will place troops on the 830 mile border with Finland and Sweden, and the Alliance will also bolster their capabilities.