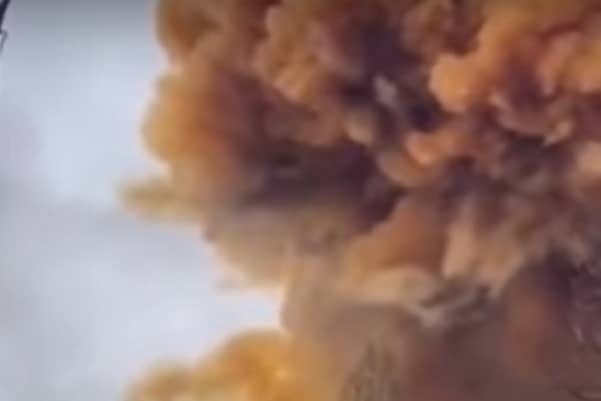 Chair of the House of Commons Defence Select Committee Tobias Ellwood MP has warned that Russia could be set to use a “dirty bomb” in Ukraine as the Russian Defence Minister has warned of an “uncontrolled escalation.”

A dirty bomb would be packed with radioactive substances which would create horrific consequences in Europe and could potentially see NATO enter the war.

Russia’s Defence Minister Sergie Shoigu warned of such consequences in Ukraine as the situation is “rapidly deteriorating” which is leading to a “further uncontrolled escalation” in the war.

Ellwood warned that Vladimir Putin is currently paving the way for the detonation of a “dirty bomb” somewhere in Ukraine whereby the Russian leader would then blame Kyiv.

The Russian Defence Ministry warned on Sunday, “They discussed the situation in Ukraine which is rapidly deteriorating. It is trending towards to a further uncontrolled escalation.”

During a telephone call on Sunday Shoigu gave this warning to the French Defence Minister Sebastien Lecornu, but then said Moscow are concern Ukraine would use a “dirt bomb” but without providing any evidence.

Tory MP Ellwood told Express.co.uk, “This is the pretext to Russia using one and blaming Ukraine.

“This is a false flag being planted.”

Ellwood insisted that there is no indication whatsoever that Ukraine has either the capacity or the intention to detonate such a device.

He added, “And they wouldn’t – it would jeopardise international military and diplomatic support.”

Two days ago Ellwood warned, “Get ready for Putin going extreme: He can’t afford to lose and will use distractions (US mid terms & UK political chaos) to his advantage.

“It would be irresponsible not to prep for the low prob/high risk scenarios that we don’t like to talk about.”