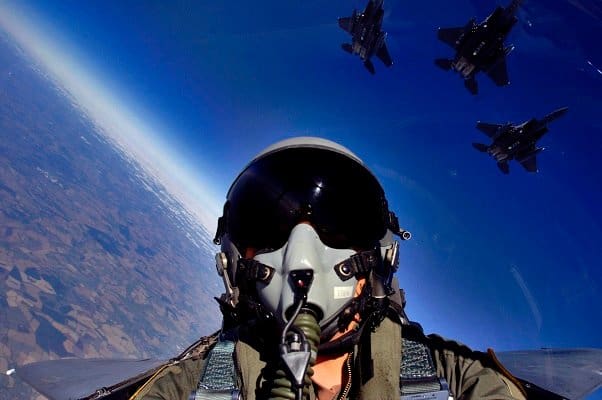 Retired air Vice-Marshall Sean Bell who is also former RAF fighter pilot has warned that the UK is on the brink sparking a war with the UK.

Vic-Marshal Bell warned that it is was “quite intentional” that Russian Su-27 fighter jets tried to blow up a RAF jet over the Black Sea which happened on 29 September after they “released a missile.”

The former RAF fighter pilot said after around “90 minutes” the Russian fighter jets shadowed the RAF jet and then left and then “once out of sight” they deliberately fired a missile in an attempt to down the plane over the Black Sea.

Speaking to Sky News, Bell said, “The incident that occurred on September 29, and it was only announced by Ben Wallace.

“The Su-27, one of the Russian aircraft, fired a missile in close proximity to an RAF plane.

“The target was an RC-135 aeroplane, it’s the eyes and ears over the battlefield.

“It’s a surveillance aeroplane with a crew of about 30.

“Quite regularly on these flights, these aircraft are shadowed by Russian aircraft who are either intimidating them or just watching what is going on.

“For about 90 minutes on the day they did that the Russians then departed, once they were out of sight that’s when the incident occurred.

“This was quite an intentional act. What is also the case is the Russians are intensely frustrated at the West’s use of air and space power to support Ukraine.

“If they had managed to shoot this down it would have been a massive coup for Russia and also could have provoked NATO to provide a response which of course would suit Putin’s agenda.”

The UK has also been warned that we are “in a strategic conflict with Russia now” as the two Russian armed SU-27 fighter aircraft” displayed “clear intimidatory intent” to the British RC-135, surveillance plane.

The Daily Mail reported that Defence expert Francis Tusa said, “If I was in NATO HQ, I’d be concerned there might be a turning point here.

“RAF and US Rivet Joints fly ‘racetrack’ flight patterns over the Black Sea, the Baltic and eastern Poland gathering intelligence. The role of the aircraft is to hoover up electronic transmissions and communications.

“Do they subsequently pass such intelligence to the Ukrainians?

“Well, the rate Russian army HQs in the field seem to get hit by Ukrainian artillery seems to point in this direction.

“If the Russian air force is going to get more aggressive as regards to NATO surveillance aircraft, close protection of these assets becomes a real issue.”