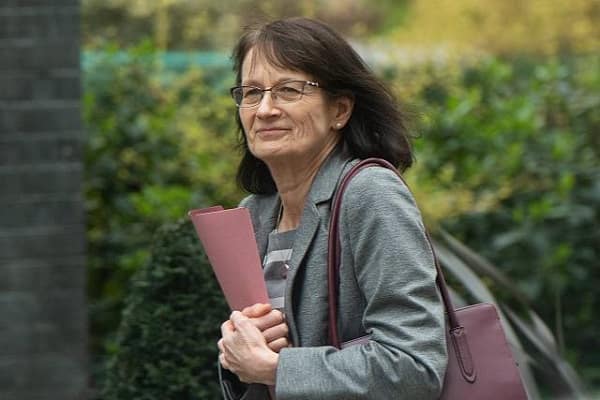 Dr Jenny Harries, the UKs Deputy Chief Medical Officer has revealed the secret behind ending the lockdown across the country.

During the Downing Street press briefing on Tuesday, Dr Harries said the UK may have stumbled on the best way to end the UK lockdown.

Echoing what the World Health Organization (WHO) has continuously hammered home to the world is, “test, test, test.”

Dr harries said, testing measures across the UK whether a person has already had coronavirus or not will allow the government to understand when they can end the UK wide lockdown.

She further said, it will allow the government to better understand how many people in the UK will need a vaccine.

“If we know how many have already had it we can understand the proportion of the public who can still get it and that gives us the clue to a number of things.

“For example, if we are able to develop vaccines going forward we would know how many people we would need to immunise.

“If we are going to take lockdown measures off we can make a model that shows we know this proportion of the population is still likely to get the disease.

“We can also look at what happens to our second spike potentially if we take the lockdown measures off.”

She added, “Those tests are just as important and at the moment we have started a number of tests at the Public Health England facility.

“We also have other scientists testing cohorts, groups of people that are age specified.

“This is so we can start to get a good idea of how many people in the population have had it and then extrapolate that number out.

“This will help us get a picture of the whole country.

“That is actually more of a clue in many ways to managing the end of the outbreak and when we can take the locks off.”

On Tuesday a record breaking 367 people have died in England, the highest death toll the country has seen in just one day, marking the darkest day for the NHS.

Those who died were aged 19 to 98-years old, and the teenager had no underlying health conditions, NHS England said.

In its statement published this afternoon, NHS England said, “A further 367 people, who tested positive for the Coronavirus (Covid-19) have died, bringing the total number of confirmed reported deaths in England to 1,651.

The Department for Health has given an update on testing in the UK.

US scientists have made a grim discovery that coronavirus can lurk in the air for hours spreading from room to room spreading through hospital corridors infecting many, including people who are outside.

The University of Nebraska researchers said their findings highlights the importance or protective personal equipment (PPE) for hospital staff.

The study which has not been peer-reviewed by other scientists took 11 samples from patient’s hospital rooms after they were diagnosed and placed in isolation.

They found that contagious particles were in the air both inside hospital rooms and hallways, which means you do not have to be in close contact with an infected person.

The scientists from the University of Nebraska said, “This report reinforces our suspicions. It’s why we have maintained COVID patients in rooms equipped with negative airflow and will continue to make efforts to do so, even with an increase in the number of patients.