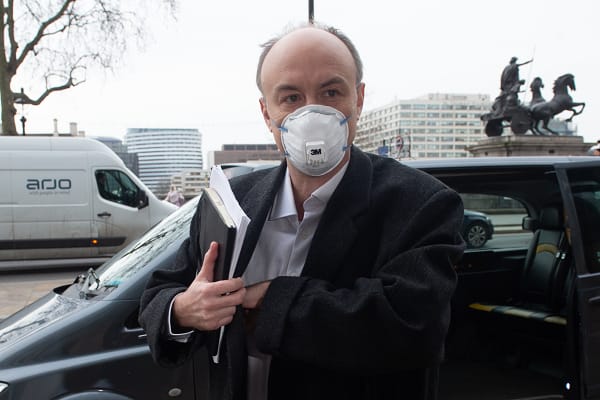 Dominic Cummings who is giving evidence to the Parliamentary Committee gave an explosive claim to MPs that the Health Secretary, Matt Hancock had “lied” on various occasions.

Cummings said that Hancock claimed to have said in the summer, that “everyone who needed treatment got the treatment required,” which was false.

Minister were told “explicitly that people did not get the treatment they deserved” which unfortunately led to “people dying in horrific circumstances.”

Cummings told MPs that Hancock allegedly said that “everything was fine” with personal protective equipment (PPE) in mid-April last year, which was a total “disaster” as there were shortages across hospitals in the UK.

Hancock blamed the Chancellor and the chief of the NHS for the shortages, he said and the Cabinet Secretary found this to be “completely untrue” following a probe.

Cummings alleged that the Cabinet Secretary had then “lost confidence” in the Health Secretary’s “honesty” he told MPs.

Cummings then said that the then President of the US, Donald Trump was “sending the CIA around trying to gazump everyone on PPE,” and that Hancock’s job was “divvied” up as his department was at the time “completely overwhelmed.”

Cummings also said giving evidence that Helen McNamara said “we are absolutely f*****” when he was discussing a conversation he had with her who was then the Deputy Cabinet Secretary.

The former chief advisor said, “Helen McNamara said I have come here to the Prime Minister’s office to tell you all I think we are absolutely f*****.

“I think this country is heading for a disaster.

“I think we are going to kill thousands of people, as soon as I have been told this I have come through to see you.

“I said I think you are right, I think it is a disaster.

“I am going to speak to the Prime Minister tomorrow, we are going to sketch out what plan B is.”