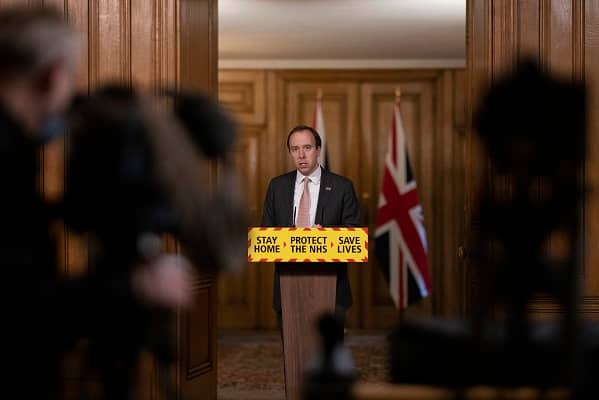 Dominic Cummings accused the Health Secretary, Matt Hancock of personally being responsible for the deaths in care homes.

Cummings gave damning evidence to MPs during the Parliamentary Committee on Wednesday afternoon.

Cummings said that Hancock said that care home residents would be shielded which was “complete nonsense” as people were sent to them from hospitals who in fact did have Covid and they were not tested.

Boris Johnson’s former chief advisor said, “Hancock told us in the Cabinet Room that people were going to be tested before they went back to care homes.

“We only subsequently found out that that hadn’t happened.

“Now all the government rhetoric was we put a shield around care homes and blah blah it’s complete nonsense.

“Quite the opposite of putting a shield around the, we sent people with Covid back to the care homes.”

Since the pandemic started around 30,000 care home residents died from Covid, and Cummings said that he “is sure some people were tested.”

He added, “But obviously many, many people who should have been tested were not tested and then went back to care homes and then infected people, and then it spread like wildfire inside the care homes,” which resulted in thousands of elderly people dying.

The Prime Minister’s official spokesman said on Wednesday in repsonse to today’s hearing, “I don’t plan to get into every allegation or claim made today.

“At all times the Prime Minister and the Health and Care Secretary have been working closely to protect public health during the pandemic, that’s been the case throughout and continues to be so.”

He was asked if Johnson had full confidence in Hancock, the spokesman said, “Yes.”

“The Health Secretary has been working closely with the Prime Minister throughout and they’ve been fully focused on protecting the health and care system and saving lives.”