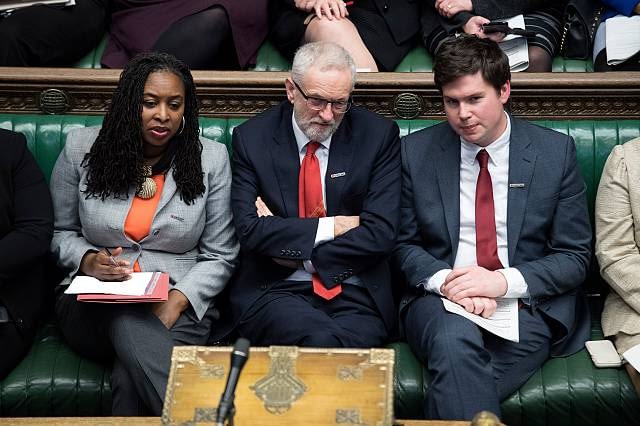 Corbyn is serious for Brexit talks with PM

Labour leader Jeremy Corbyn is ready for a series of discussions over Brexit with the prime minister, is Theresa May will relax the “red lines” she has negotiated, a Labour spokesman said on Wednesday.

The spokesman said that time is running out fast to find a way to break the deadlock, legally binding changes are needed to for the future relationship with the EU, this will reduce Labour’s concerns.

“We are just about to legitimise Corbyn. It is appalling.”

On Wednesday morning Conservative MP and whip Nigel Adams quit the party, he said the prime minister has made a “grave error” reaching out to Corbyn.

Adams said, “Sadly, I fear that we are now at risk of simultaneously failing in both.”

“Legitimising and turning to Jeremy Corbyn to assist you at this crucial stage, rather than being bold, is a grave error.

“It is clear that we will now end up in the customs union. That is not the Brexit my constituents were promised, and it is contrary to the pledge we made in our manifesto.

“It makes no sense to leave the EU and to have a situation where our trade policy and much of our law is made in Brussels with no say for the UK.

“It now seems that you and your Cabinet have decided that a deal cooked up with a Marxist who has never once in his political life put British interests first is better than no deal,” he told May, “I profoundly disagree with this approach.”