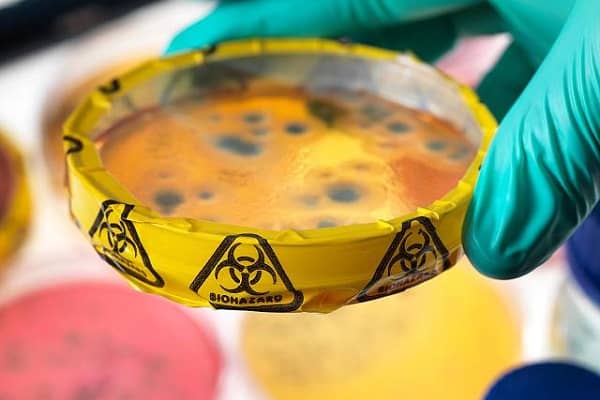 The Wuhan Institute of Virology in China received a lethal delivery of deadly pathogens in July 2019 from a Canadian microbiology lab in Winnipeg.

New documentation from a CBC News report proves that some of the “world’s most deadliest viruses” were sent to the Wuhan lab.

Following an investigation, a scientist was escorted from a Canadian laboratory in July 2019 as the scientist was responsible for exporting deadly pathogens to China four months before the outbreak started.

In what has been described as a “policy breach” Dr Xiangguo Qiu was removed from the Canadian level-4 lab, after dispatching Ebloa and Henipah viruses to the lab.

Eric Morrissette, chief of media relations for Health Canada and the Public Health Agency of Canada wrote in an email: “The administrative investigation is not related to the shipment of virus samples to China.

“In response to a request from the Wuhan Institute of Virology for viral samples of Ebola and Henipah viruses, the Public Health Agency of Canada (PHAC) sent samples for the purpose of scientific research in 2019.”

However, experts are not convinced and find this highly “suspicious” and “alarming” as Dr Xiangguo Qiu has links to the “Chinese military.”

Law Professor and epidemiologist at the University of Ottawa Amir Attaran, told CBC News, “It is suspicious. It is alarming. It is potentially life-threatening.

“What we know is that before she was removed, she sent one of the deadliest viruses on Earth, and multiple varieties of it to maximise the genetic diversity and maximise what experimenters in China could do with it, to a laboratory in China that does dangerous gain of function experiments.

“And that has links to the Chinese military.”

Professor Attaran added, “The Wuhan lab does them and we have now supplied them with Ebola and Nipah viruses.

“It does not take a genius to understand that this is an unwise decision.

“I am extremely unhappy to see that the Canadian government shared that genetic material.”

Professor Petrovsky who is a virus expert insists coronavirus is like no other disease and has been “completely optimised from day one without the need to evolve.”

More worryingly the scientists concluded that coronavirus would have needed significant adaption to infect humans, therefore meaning it was man made at the top-secret Wuhan lab in China.