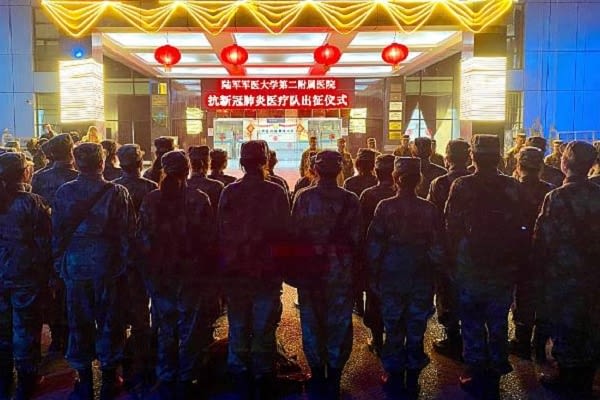 The Chinese authorities have seen the highest rise in coronavirus cases in Beijing since April fearing a second wave is underway.

Beijing the capital of China has a population of over 20.4m residents and is the most populated city in the country.

On Saturday the Xin Fa Di seafood wet market was shut down by the military and 11 neighbourhoods around the market went into mandatory lockdown, following new clusters.

Officials are worried as the enormous Xin Fa Di Market supplies around 80% of meat and vegetables in Beijing.

“Officials said traces of the coronavirus found on a chopping board with ‘imported’ salmon.”

The BBC correspondent added, “This doesn’t mean the virus came from the fish.

“It could just be that the person chopping it was infected.”

In the 24-hours to Saturday there were 57 coronavirus deaths, with 36 more on Sunday and the city’s Fengtai district was also shut down.

A government official confirmed that Fengtai district is now under “wartime emergency mode,” and inter-provincial tourists are banned.

This is the highest daily death toll since mid-April.

McDonell tweeted on Sunday, “The greatest emphasis, in terms of control measures has been in the Beijing district around where the huge Xinfadi wholesale market and around a couple of other markets.

“There are schools closed and housing areas sealed off to all but local residents.”

There were also 19 confirmed cases which were imported from overseas, and 17 of those cases arrived at Guangdong.