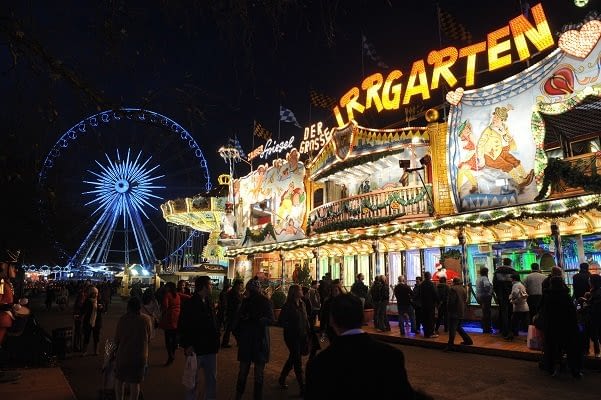 The head of the UK’s counterterrorism policing has warned the public to be “vigilant” as the risk of a terrorist attack is “highly likely” and Christmas market attacks are not uncommon, said the assistant commissioner Matt Jukes.

Scotland Yard’s Deputy Assistant Commissioner Matt Twist is urging the public to be alert during Christmas get-togethers and at large events such as Winterwonderland.

He told GB News, “This is the first Christmas where lots of people are gonna be together.

“And we want people to go on and enjoy them.

“But we also know that the terrorism threat level has been raised to severe after the two awful attacks we’ve seen.

“One in Essex and one in Liverpool.

“We just want the public to be vigilant because an attack is highly likely. But that doesn’t mean that people shouldn’t go about carrying on their normal business.

“By phoning and telling us that there’s something that doesn’t feel right you’re not going to ruin somebody’s life but you may just save some.”

AC Jukes added, “The national threat level has moved from substantial to severe meaning that an attack is highly likely.

“What we have seen in the past is that when terrorist attacks take place in close succession there is an increased threat of a further attack.

“People get emboldened or encouraged by the earlier attacks. As tragically we have seen these threats exist all around the UK.

“We know that policing and other security responses will make a huge difference but it is also the preparedness of businesses that will do a huge amount to save lives. We have seen how members of staff instinctively or through training have known how to react when a terrorist act unfolds.

“We are in a festive period, the first that might feel more normal than the last couple of years at a time when we have 800 live investigations in counter-terrorism policing.”