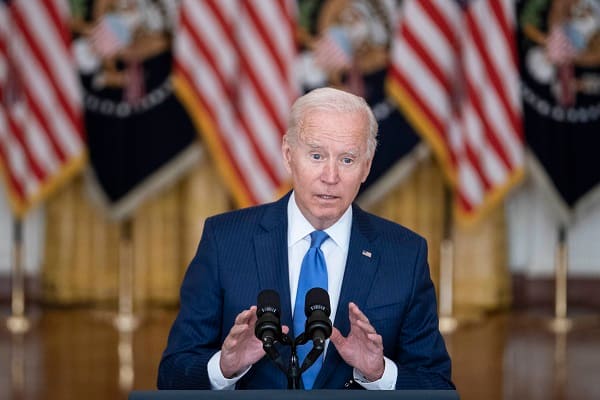 Vladimir Putin has been handed a huge victory by the US President Joe Biden as the Russian leader is set to have a close friend dubbed the “merchant of death” to be released in exchange for two captured Americans.

Viktor Anatolyevich Bout who is a former Soviet military officer and an arms dealer is in prison in the US serving 25-years for conspiring to kill Americans and to export anti-aircraft missiles.

At the time of Bout’s sentencing Russia’s Foreign Ministry said the charges amount to “a political order” and for many years the Kremlin has demanded his release.

“Now, according to sources briefed on the matter, the Biden Administration has offered to return him as part of a proposed deal for two Americans the United States says are wrongfully detained in Russia – Brittany Griner and Paul Whelan.

“Secretary of State Antony Blinken said they have offered a deal to Russia but did not confirm the details.”

The former global arms dealer was described by the US as “an accessory to violence on a scale that was beyond comprehension.”

Atwood continued, “Though the Administration has loathed to engage in prisoner swaps to free American citizens, there is concern that countries like Russia could be incentivised to hold more Americans – it’s one of the few tools that actually work.

The US Secretary of State Antony Blinken confirmed they have been negotiating extensively with the Kremlin for the release of two captured Americans in Ukraine.

Blinken said, “We put a substantial proposal on the table weeks ago to facilitate the release.

“Our governments have communicated repeatedly and directly on that proposal.”