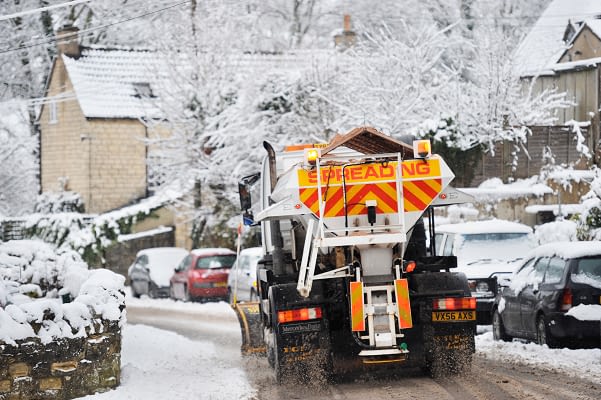 Parts of the UK will covered in a blanket of snow this weekend with temperatures to fall as low as -5C and colder with the wind as an Arctic blast is to hit the country.

Forecasters at Wxcharts.com has suggested that 12cm of snow could fall early next week whilst the Met Office has said it’s “generally quite cold.”

Steven Keates, Media Advisor and Marine Meteorologist at the Met Office said, “It’s fairly typical early December weather for the next few days. It’s generally quite cold, with a bit of snow around.

“Snowfall can be seen mainly over the higher ground for the most part and is unlikely to cause too many problems.”

He added, “We are not really expecting any issues for the morning commute, but don’t be surprised to run into a bit of sleet or wet snow on the commute across East Anglia/SE England.

“There is a scope for some snow across central/eastern England this morning, maybe the odd cm on the grass, but it looks short-lived and may soon turn back to rain.

“Some snow over the mountains in the north, maybe as far south as Wales, from the showers on Saturday.”

Coral the bookmakers has said there is a 67% chance that the UK could see a white Christmas this year.