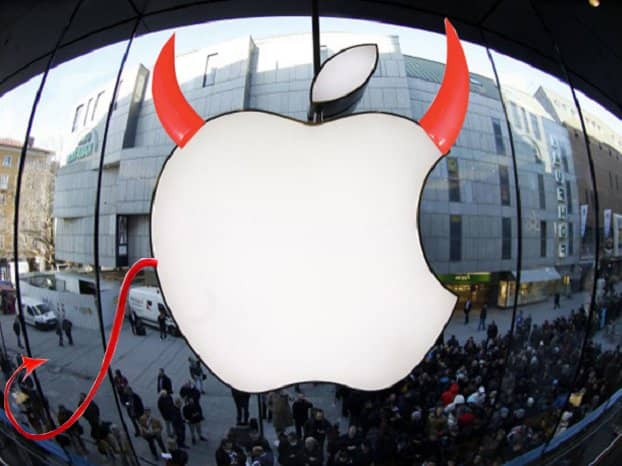 Apple seems to have lost out to Samsung yet again as a new research found that its iPhone 5 is the most-hated phone in the world.

Social media analysts We Are Social studied Twitter, blogs and forums after the four biggest phone launches over the past year: Apple’s iPhone 5 in September 2012, Samsung Galaxy S4 in March this year, the BlackBerry Z10 launch event in January and Nokia’s launch of the Lumia 920 in September 2012.

The research found that the iPhone 5 got the biggest backlash following its launch, with one in five posts on social networks condemning the new handset.

Gripes included Apple Maps failures, no significant changes to the new phone and the introduction of a new power socket. Back in April, Apple was forced to apologise for “arrogant” customer service.

The Samsung Galaxy S4, on the other hand, accounted for just 11% of the total number of complaints. Around the launch, 56% of discussions were around its new features, compared to iPhone 5’s 29%.

Ed Kitchingman, senior analyst at We Are Social, said: “Brands were often on the receiving end of criticism for their handsets offering nothing new to the previous model.

“The most successful launches were those that captured the consumer’s imagination by talking about the handset’s new and innovative features.

“And while leaks can be an important tool in building success, give away too much and the handset loses its ‘wow’ factor upon launch.”