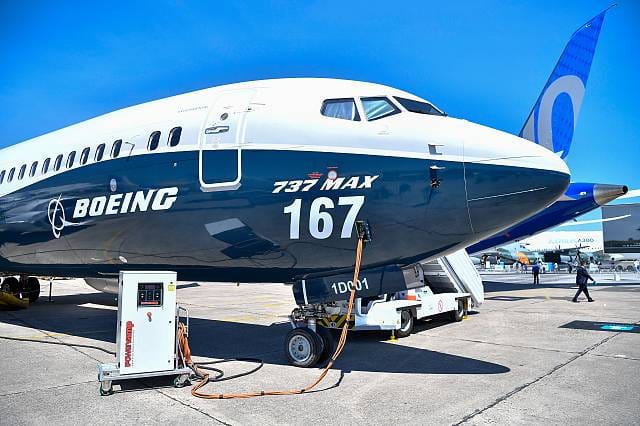 American plane maker Boeing are under fire to guarantee safety of their Boeing 737 MAX 8 aeroplanes, after the Ethiopian Airlines crashed killed 157 people on Sunday morning six minutes after taking off.

The Civil Aviation Administration of China has issued a notice on Monday morning ordering all Boeing 737 MAX 8 aircraft are to be suspended.

According to Flightradar24, a flight tracking website said the Ethiopian Airlines Boeing 737 “had an unstable vertical speed” after taking off.

Five months ago, another Boeing 737 MAX 8 aircraft owned by Lion Air, flight JT 610 crashed in to the ocean near to Indonesia killing  all 189 people on board.

At the time, Boeing issued a warning to airlines using the 737 MAX 8 planes, as a sensor failure was to blame, and potentially the cause of the crash of flight JT 610.

The Civil Aviation Administration of China said in a statement, “Given that two accidents both involved newly delivered Boeing 737 Max 8 planes and happened during take-off phase, they have some degree of similarity.”

Dennis Muilenbur, Boeing’s CEO said on Sunday they are providing “technical assistance” to the Ethiopian government and regulatory authorities to help with the investigation.

Other airlines across the world have also ordered flight suspensions of their 737 MAX 8, Fabian Whorms, president of Cayman Airways said both of the airlines new Boeing’s will not fly.

Holiday operator Tui Airways ordered 32 of the 737 MAX 8 and took delivery of their first MAX 8 in December.

According to Boeing’s website 16 airlines across the world have Boeing 737 MAX 8’s in their fleet, these include; SilkAir, FlyDubai, Air Italy, Norwegian, Lot Polish Airlines, SpiceJet and Aerolineas Argentinas, Southwest Airlines, American Airlines and Air Canada.

A Flydubai spokesperson told Reuters they are “monitoring the situation.”