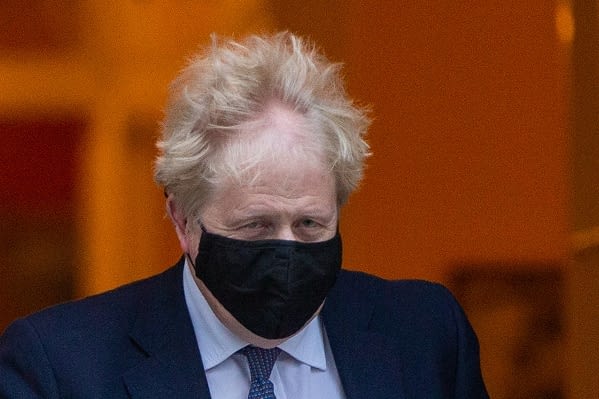 Anger amongst many MPs in the House of Commons was clearly visible on Tuesday as MPs accuse Boris Johnson of going into “hiding” following fresh allegations that there was a lockdown party at No.10 on 20 May 2020.

The Labour Party was granted urgent questions today which was held in the House of Commons over more “partygate” accusations.

This morning the deputy Labour leader Angela Rayner said the public has a “right to know” what happened at No.10 in May 2020.

“I really hope Boris Johnson takes this opportunity to answer questions,” she said.

Paymaster general Michael Ellis had the unenviable task of filling in for the “serial liar” Prime Minister and told MPs he wants to “apologise unreservedly for the upset these allegations have caused.”

Ellis said that the government is “committed to publishing the findings of the investigation” and added it would “not be appropriate” for him to comment on an ongoing investigation.

Rayner told the Commons it is “incredibly disappointing but not surprising” the Prime Minister is not present to answer her and “his absence speaks volumes.”

Rayner said, “The public have already drawn their own conclusions. He can run but he can’t hide.”

She said that many people made “huge personal sacrifices” during lockdown and “it won’t wash to blame this on a few junior civil servants.”

Labour MP Angela Eagle launched a blistering attack on Johnson and said, “perhaps it would be faster if Sue Gray were to investigate the days there weren’t parties?”

Eagle said, “I have sympathy for the Minister [Ellis] because he’s been sent with the gatherings excuse to defend the utterly indefensible.”

In an extremely angry tone Eagle pointed her finger and told MPs that 268 people died on the very day an email was sent out for a booze up in the garden of Downing Street.

She blasted, “The Prime Minister should come here now, fess up and tell us what happened.”

Theresa May’s former chief of staff Lord Barwell said, “Let me put this politely: it is not *entirely clear* why the Prime Minister needs to wait for Sue Gray’s report to find out if he went to a party in his own garden.”

The former Scottish Tory leader Baroness Davidson said, “Nobody needs an official to tell them if they were at a boozy shindig in their own garden.

“People are (rightly) furious. They sacrificed so much – visiting sick or grieving relatives, funerals.

“What tf were any of these people thinking?”

Barrister Adam Wagner, an expert on Covid regulations said, “Being outside the home was illegal at the time unless – the only potentially relevant exception – it was for the need to work. Socially distanced drinks and bring your own booze don’t sound like work.”