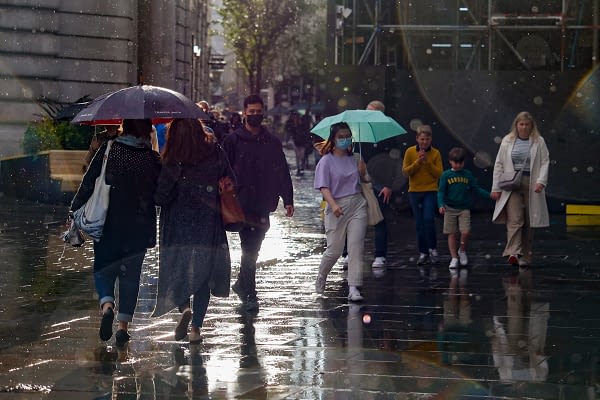 Professor Sir David Spiegelhalte, chairman of the Winton Centre for Risk and Evidence Communication, University of Cambridge has said on Friday that a surge in Omicron cases and deaths will unlikely be seen.

During this current wave of the pandemic there has been a break between the number of cases and severe outcomes, he said.

Professor Spiegelhalte told BBC News that hospital admissions in London seem to be more stable and maybe declining, but he warned admissions are rising in other parts of England, particularly the north.

Sir David said, “The big severing is between really severe outcomes and that there’s still no sign of a serious increase in intensive care, and ventilation, and in deaths.

“We would have expected to see that by now in London and elsewhere – so that is the really reassuring thing.

“I think we can guarantee that over this wave, as we endure the next few weeks, what we’re not going to see is a big surge in very severe outcomes.

“So it’s more a matter of managing this wave that we’re in the middle of. The crucial thing there is the disruption to the NHS and other services.”

HE added that “with luck” hospital admissions may not go above 3,000 a day as they are currently above 2,000 and the biggest change has been that the public have “voluntarily been very cautious about their behaviour.”