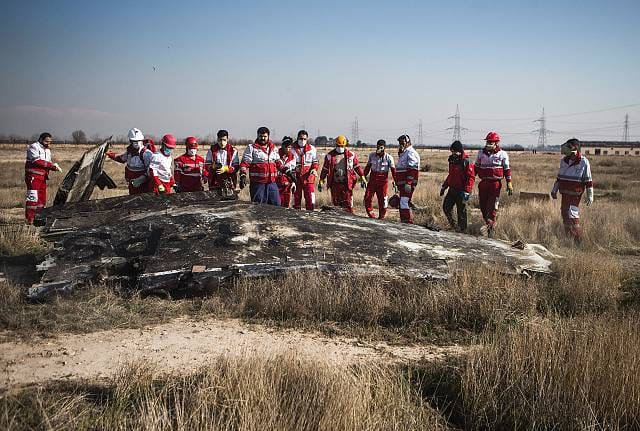 Footage has emerged showing the moment the doomed Ukrainian passenger plane exploded in mid air shortly after take-off in Tehran.

The Boeing 737 can be seen exploding into a ball of flames turning the night sky orange as it drops from the sky killing all 176 people on board.

British and Canadian officials said the evidence “highly likely” indicates that Iran did shoot down the plane using a surface to air missile on Tuesday.

Officials have said the missile strike on the plane was most likely a mistake and the passenger plane could have been mistaken for a US bomber.

According to Iranian state TV Iran strenuously denies the reports and a government spokesman said this amounts to “psychological warfare against Iran.”

Ali Rabiei said on Friday, “All those countries whose citizens were aboard the plane can send representatives and we urge Boeing to send its representative to join the process of investigating the black box.”

Prime minister Boris Johnson said, “There is now a body of information that the flight was shot down by an Iranian surface-to-air missile,” following the Canadian president’s comments.