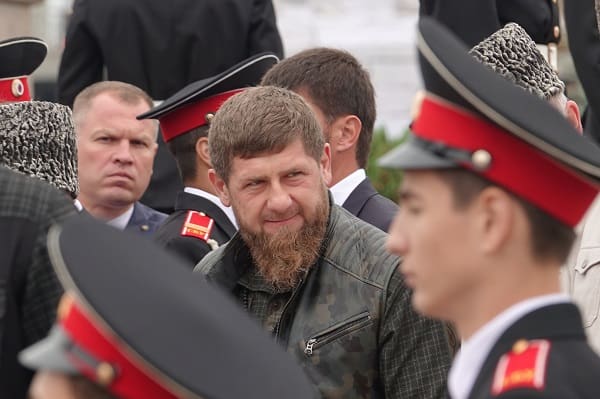 Vladimir Putin’s “attack dog” Ramzan Kadyrov who is the leader of Chechnya has called on the Kremlin to send “nuclear tactical weapons” if the West send mercenaries to Ukraine.

The Chechen warlord was given control of Chechnya for his personal loyalty to Putin and was promoted last month to lieutenant-general for his role in the Ukraine war.

In a new video shot from within his palace in Chechnya, Kadyrov says, “What would I do? I would immediately clear Luhansk and Donetsk, and begin to work further.

“I would declare: If any mercenary comes to Ukraine we would go up to a strike with nuclear tactical [weapons] at certain point.

“So they do not mock us.

He added, “The tasks are clear. There will be an offensive not only in Mariupol but in other settlements, cities and villages, to free Luhansk and Donetsk first of all.

“This goal was set by the supreme commander, our dear president Vladimir Putin. After, we will take Kyiv and all the other cities…

“There are questions from people, that since we moved away from Kyiv, we do not plan to take it and Russia yields to Ukraine

“I assure you, there will not be any step back. There was confusion, such moments happen with war strategy.

“A goodwill gesture was misunderstood by our…foes.”