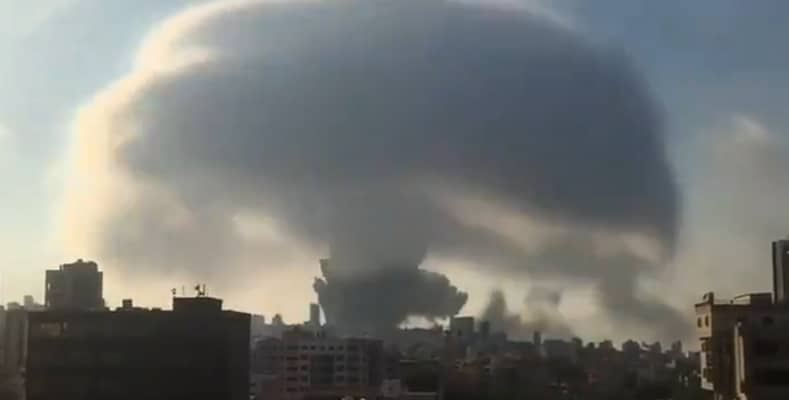 Footage that has not been seen has emerged which shows the moment a warehouse in the port of Beirut, Lebanon explodes tearing through the capital.

More than 2,700 tonnes of ammonium nitrate exploded which has claimed the lives of more than 200 people and injured over 6,000.

This has triggered a political meltdown as the Lebanese government resigned on Monday, which will hopefully end decades of corruption.

Prime Minister Hassan Diab announced his resignation to the nation and said, “Today we follow the will of the people in their demand to hold accountable those responsible for the disaster that has been in hiding for seven years.”