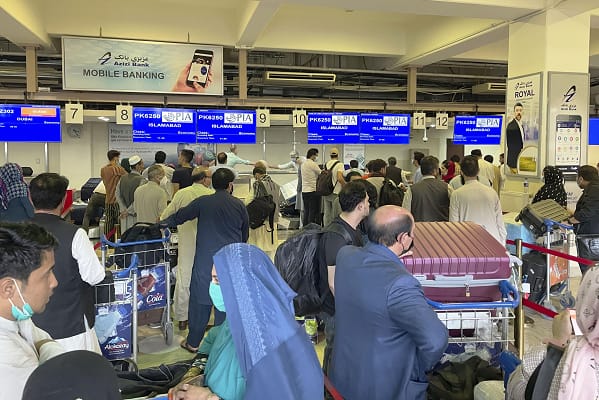 A Conservative MP was branded a disgrace in the House of Commons today as suggested that Afghans who tried to flee Kabul were cowards and should have joined the “resistance.”

As the Labour leader Sir Keir Starmer was speaking to MPs, Sir Desmond Swayne said in the House of Commons, “Were the government of this kingdom to be overthrown by a wicked and brutal regime, I’d venture that he’d want a leading role in the resistance.

“He wouldn’t be queuing at the airport, would he?”

The Labour leader slammed the Tory MP and said he “won’t take that from him or anyone else.”

The Conservative MP’s remarks was met with other MPs shouting in the chamber calling him a “disgrace.”

The Labour MP Charlotte Nichols called Sir Desmond’s remarks an “absolutely vile intervention” and “the lack of humanity is staggering.”

Yasmin Qureshi, MP for Bolton South East, said she was “disgusted” whilst other Tory backbench MPs held “their heads in their hands”

Nichols added, “The lack of humanity is staggering.”

“Afghans have given their lives in their 10s of 1000s fighting the Taliban, millions more were displaced.

“I bet he wouldn’t say that about the brave souls at Dunkirk.”