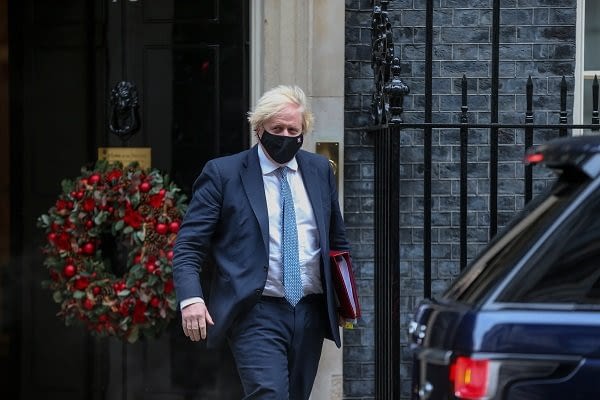 The Prime Minister has faced a severe grueling today in the House of Commons with many MPs and members of the public calling on him to resign as trust has been lost.

SNP Westminster leader Ian Blackford said the Prime Minister, “can no longer lead on the most pressing issue facing these islands” and he then called on MPs in the Commons to remove Johnson if he does not resign.

Blackford said during Prime Minister’s Questions, that he along with other opposition MPs have strongly criticised Johnson’s leadership following leaked footage which showed former Downing Street press secretary Allegra Stratton laughing as she was rehearsing answers to questions over a Christmas party.

Blackford told MPs, “Trust and leadership is a matter of life and death. Downing Street wilfully broke the rules and mocked the sacrifices we have all made, shattering the public trust.

“The Prime Minister is responsible for losing the trust of the people. He can no longer lead on the most pressing issue facing these islands.

“The Prime Minister has a duty, the only right and moral choice left to him – it is for his resignation. When can we expect it?”

Then there was a roar in support of what Blackford had said and it also appeared that the Chancellor Rishi Sunak was nodding his head.

Blackford then again repeated his call for Johnson to resign as the Tory Prime Minister as the “government has laughed” in the faces of the public.

Blackford said, “People across these islands have followed the rules even when it meant missing friends and family, missing births, missing funerals, missing the chance to be beside a loved one in their dying moments.

“People have sacrificed at times to the point of breaking, while the UK Government has laughed in their faces.

“It is clear that this Prime Minister has lost the support of the public and now even of his own benches.”

Blackford continued to say, that “people feel revulsion” over the shocking allegations, and described it as a “moment of moral reckoning.”

He added, “Every member of the Conservative benches must now decide, is this the man to lead these islands when lives are at stake?

“It is time for members in this House to act; if he doesn’t resign, then he must be removed.”

Johnson responded with, “I thank the right honourable gentleman for his support and vote of confidence but I can tell him I am going to get on with the job.

“I believe that is what is the right thing to do and I think it is very, very sad that, when the public needs to hear clarity from their officials and politicians, the parties opposite are trying to muddy the waters about events or non-events of a year ago.”