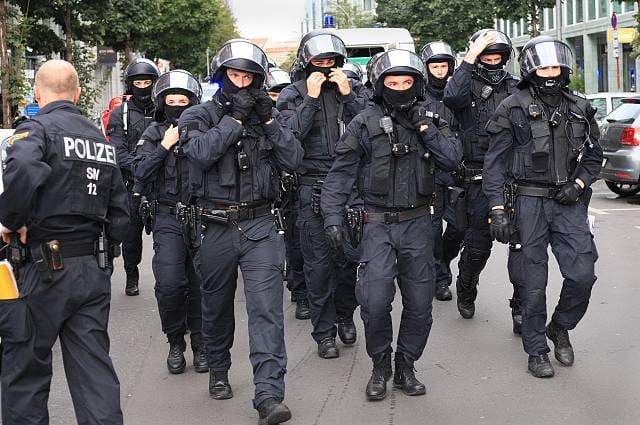 A car has hit pedestrians in southwest Germany and at least two people have been killed with several injured.

German police in the city of Trier are urging people to avoid the city centre and one person has been arrested and a vehicle has been seized, a police spokesman confirmed.

Police said on Twitter, ‘We arrested one person and one vehicle was seized.

“According to initial findings, two people have died. Please continue to avoid the city center.”

The Mayor of the city will hold a press conference shortly and is also at the scene.

Mayor Wolfram Leibe broke down in tears at the press conference as he decribed seeing a shoe belonging to a victim.

He said: “There was a girl’s trainer lying there and the girl was dead.”

The spokesman for the Federal Government and Head of the Federal Press Office Steffen Siebert said: “What happened in Trier is staggering.

“The thoughts are with the relatives of the victims, with the numerous injured and with everyone who is currently on duty to care for those affected.”