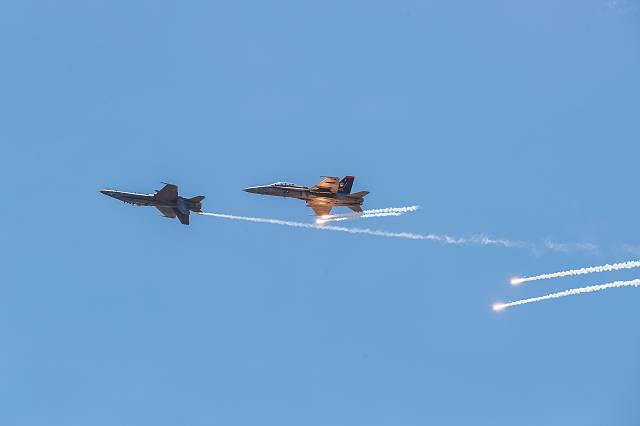 South Korea’s Ministry of Defence has said on Tuesday that they scrambled two fighter jets, an F-15 and a F-16 to intercept a Russian spy plane in their territorial airspace.

There were two Russian Tu-95 bombers, an A-50 surveillance plane and two Chinese H-6 bombers.

During the first violation the South Korean military said the fired 10 flares, and 80 machine gun rounds.

The Russian plane had left after the first shots fired but then circled back into the airspace again whereby, another 10 flares were fired and another 280 machine gun rounds were fired by the South Korean’s.

Russia said they deny violating their airspace and they did not specifically acknowledge their A-50 aeroplane had strayed.