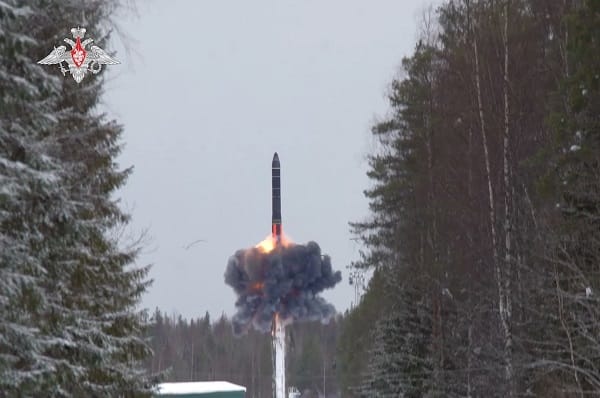 Should Russia launch a nuclear attack ‘London is well prepared’ and ‘any risk of nuclear conflict remains remote’, says Khan

The Mayor of London Sadiq Khan believes “any risk of nuclear conflict remains remote” from Russia as he reassures Londoners that London is “well prepared” should there be a nuclear attack.

On Monday the Interfax news agency reported that Russia’s Defence Ministry said their strategic missile forces and Northern and Pacific fleets had been placed on “enhanced combat duty.”

It added that this was in line with an order from President Putin.

A spokesperson for the Mayor of London said, “This is dangerous rhetoric and irresponsible posturing from Putin. As the government has already made clear, any risk of nuclear conflict remains remote and we remain united in deterring the most extreme acts of aggression against us and our NATO allies.

“London has a resilient and well-established system in place to ensure key agencies work closely and effectively together to keep us all safe – this includes keeping Londoners fully informed about any emergencies.”

Ukraine’s defence minister branded Russia’s invasion of Ukraine a “European war” on Monday and warned that “Half of Europe is already collecting, packing, carrying weapons and armour equipment,” he said.

The British Commons Defence Committee chairman Tobias Ellwood MP has warned on Sunday that Vladimir Putin could, in the “worst-case scenario” could launch low yield tactical nuclear weapons if his forces fail to enter the Ukrainian capital, Kyiv.

Ellwood who is also a former British Army officer said Western allies needed to think now what their response would be if  Putin were to use unconventional nuclear forces.

“He could certainly use other weapons systems which haven’t been really tested or that we aren’t really used to,” he warned the BBC.

“Chemical weapons, the worst case scenario would be low yield tactical nuclear weapons as well. We need to ask those questions as to what we would do.”

The Russian President Vladimir Putin will put an end to the war with Ukraine with a “final solution” strategy in a desperate attempt to secure some kind of victory.