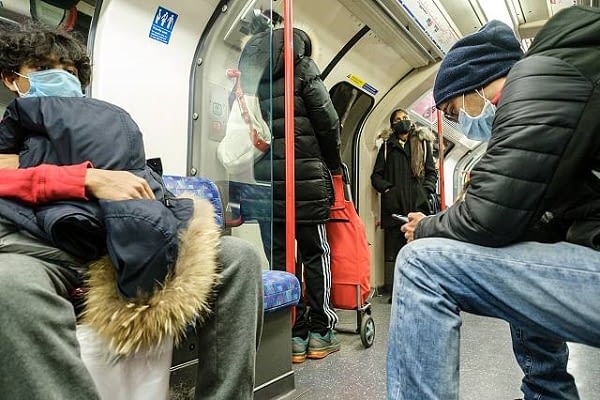 England’s chief medical officer, Professor Chris Whitty is calling on the Prime Minister to keep social distancing measures in place for another year.

Professor Whitty is warning that if restriction are completely lifted this could start a serious third wave similar to what was seen in Spring last year.

Boris Johnson has said that the move out of lockdown is “justified by the data” and he has seen nothing to change his mind to not lift all restrictions by 21 June.

A senior government figure told Sky News “He [Johnson] wants to get life back to normal, so he’s prepared to go for the certification and do it for livelihoods.

“If you allow pubs and restaurants to reopen at 40% capacity, they’ll go bust anyway, so part of the debate behind closed doors is whether to drop social distancing in return for passports.

“That’s part of the battle now.”

The Scientific Advisory Group for Emergencies (Sage) modelling shows that when social distancing rules are scrapped in May and June, hospital admissions could rise to January’s peak.

Scientists at the University of Warwick said a “distinct third wave of infection” would arise due to the current rate of planned unlocking, warning hospital admissions could peak between late July and mid-August.

It has also been claimed that a member of the Spi-M modelling group, who advise the government, warned “there may well be” a third wave in the UK, but not as high as some modelling predicts.

Dr Mike Tildesley, from the University of Warwick told LBC radio, “I think we do have very high levels of vaccination now, we do need to remember this, we are protecting our vulnerable.

“But the vaccines are not 100% protective so when we switch from an R number less than 1 that we have at the moment, to a lot of mixing later on, we may get a resurgence.

“I don’t expect we will have a resurgence of the same scale that we saw in January.

“So then there needs to be some very serious questions asked. If we do see a rise in cases, if we do start to see hospital occupancy go up a little bit, are we going to put in controls or is it something that we’re just going to try to manage with local testing and so forth?

“I think that’s the question the government are going to potentially have to answer as we get towards the summer.”

But he warned a third wave of Covid infections are likely if all lockdown restrictions are lifted.

He told BBC Breakfast, “It’s clear that we’re making good progress along the road map, and it’s entirely appropriate that the first set of restrictions are being relaxed, so that makes very good sense indeed.

“But we’re a long way from taking the brakes off completely.

“The vaccine rollout is going incredibly well, we’ve seen deaths fall fairly precipitously, all very good news, but we’ve only got to look across the Channel and see that France currently has over 39,000 new cases a day, so the virus is still very much around and if we take all the brakes off, then it’s quite clear that there is a very substantial risk of a further wave of infection.”

“What the Spi-M modelling has shown is that even with a pretty effective vaccine, it’s not perfect, not everyone will be vaccinated, and there will still be quite a few people by June who aren’t immune, and that creates the setting for potentially another wave.

“It’s likely to be different from the first one because we know that the vaccines are very good at keeping people out of hospital and stopping people dying. And that’s why it’s important to really focus on what the data at the time are actually showing.”