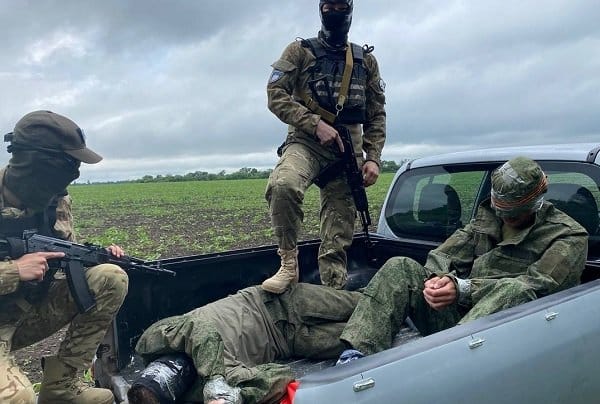 Ukrainian President Volodymyr Zelensky has warned Russian troops “if you want to survive” then “it’s time to flee” or you will be killed.

This comes as Ukrainian troops have started their counteroffensive in the city of Kherson and they “will not stop until they liberate everything.”

The city of Kherson has been under Russian control since the early days of the war and Moscow’s troops are now facing a renewed threat.

However most of the Russian units are “undermanned and are reliant on fragile supplies” and are either fleeing or surrendering in their droves as a result.

President Zelensky said, “The occupiers should know we will oust them to the border, our border, the line of which has not changed. The invaders know it well.

“If they want to survive, it is time for the Russian military to flee. Go home.

“If you are afraid to return to your home in Russia, well, let such occupiers surrender and we will guarantee them compliance with all norms of the Geneva Conventions.”

🌅A beautiful morning in Kherson. The sounds of freedom approaching! pic.twitter.com/v1POVLrcPm

He then warned, “If they do not listen to me, they will deal with our defenders, who will not stop until they liberate everything that belongs to Ukraine.”

Oleksiy Arestovych, a senior adviser to President Volodymyr Zelensky, said that Ukraine’s army have broken though Russian defences in several sectors of the front line.

Arestovych said Ukraine’s counteroffensive was a “planned slow operation to grind the enemy.”

Antonovsky bridge in occupied Kherson is under attack early in the morning. pic.twitter.com/hOz2fuldQw

BBC News correspondent Hugo Bachega reporting on the situation in Kherson said, “President Zelensky did not specifically talk about the operations happening there, but he said Ukraine was retaking territory.

“He had a message to Russian soldiers: if you want to survive, it’s time to flee.”

He then detailed the scene in Kherson saying, “The military says that the army has launched a number of operations in multiple areas of the Kherson region.

“For the last few weeks, the Ukrainian army has been attacking Russian supply lines and infrastructure deep inside Russian-controlled territory, away from the front lines.

“This has only been possible because of the sophisticated weapons being provided by Western countries.